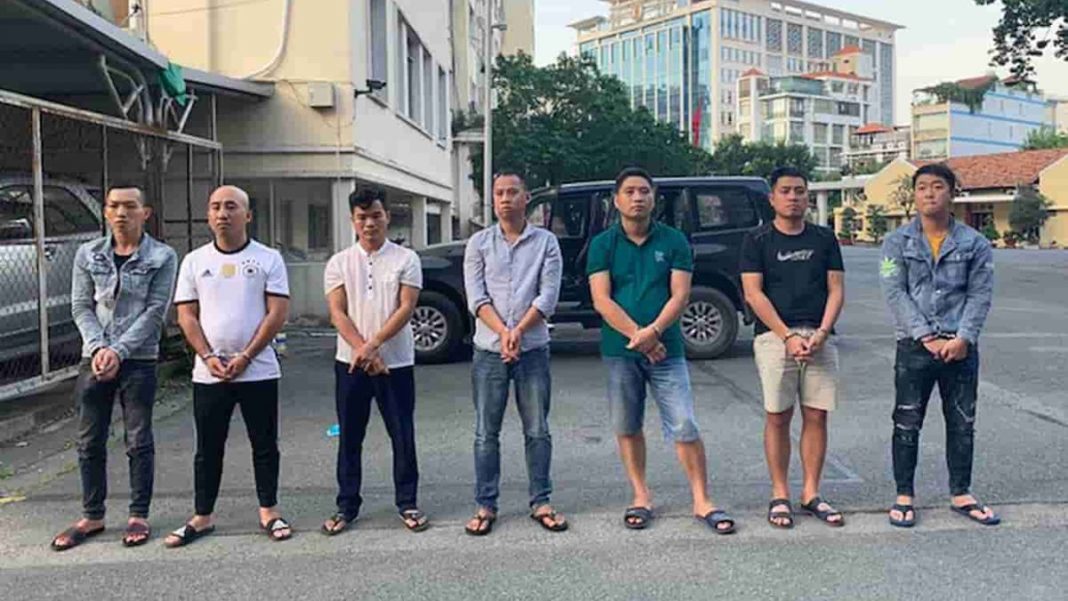 Members of the group that orchestrated a bitcoin robbery at HCMC in May 2020. Photo: Vietnam Police and Vietnam Express

In Vietnam, 17 people (including two police officers) were accused of orchestrating a fake accident and stealing VND37 billion (about R$9 million) in bitcoins from a businessman.

As the local newspaper Vietnam Express reported on Wednesday (24), the men reportedly lost 1000 bitcoins on bad investment advice in 2018 and sought revenge on the cryptocurrency analyst.

The loss of a thousand bitcoins

32-year-old businessman Ho Ngoc Tai and the others accused were bitcoin investors in Ho Chi Minh City (HCMC) and Da Nang. In 2018, they were involved in negotiations with a man named Le, another local businessman and cryptocurrency investor.

Tai and an accomplice, 38-year-old Tran Ngoc Hoang, sold 1000 BTC worth VND100 billion (about R$22 million) and used the money to buy other cryptocurrencies, but ended up losing the amount invested.

Tai and his partner believed that investor Le was responsible for the loss, as he hinted at other cryptocurrencies to buy, so they planned to steal his bitcoins.

revenge and its arrest

They spent the equivalent of R$6,000 to hire a private investigator. Then Tai enlisted the help of 36-year-old Trinh Tuan Anh, another cryptocurrency investor, and police officers Nguyen Quoc Dung and Nguyen Anh Tuan in hunting down Le.

Tai sent Le’s personal information and photos of his car to the group, as well as VND50 million ($12,000) as a reward for finding him. Mai Xuan Phot, a detective hired by Tai, illegally used various surveillance technologies to find Le and map his family’s routines.

On May 11, 2020, Tai and some of his friends traveled from Da Nang to HCMC. On May 12, they followed Le’s car to an apartment in District 2. When they were on the Thoi Dai Bridge, Phot ran over Le’s car with his motorcycle, causing a riot in the street. The group intended to wait until Le got out of the car to kidnap him, but Le simply walked away.

Five days later, the group learned that Le’s family was traveling from Bao Loc in the Central Highlands to HCMC. They used cars to reach the town of Dau Giay in Dong Nai in the middle and intercepted the victim.

Le and a brother-in-law were threatened with a fake weapon as they got out of the car. The group put Le’s wife and children in another car, threatening them with a syringe dyed with what they said was HIV-tainted blood (actually red dye). They forced Le to reveal his bitcoin wallet password.

During the two-hour trip back to HCMC, the group beat Le and forced him to call his brother to transfer 1,000 bitcoins. Le, however, yelled during the conversation, making it clear to his brother that all was not well.

The group left Le and his family beside a road in District 2, taking phones and cameras with them to destroy the evidence. The family later reported the matter to the police.

The culprits were arrested in June. The trial date has not been set.

At the time of writing this article, 1000 bitcoins are worth around 300 million reais, which represents an increase of almost 1250% since the bad deals carried out in 2018 by the group of criminals.

Important reading about Bitcoin and security: