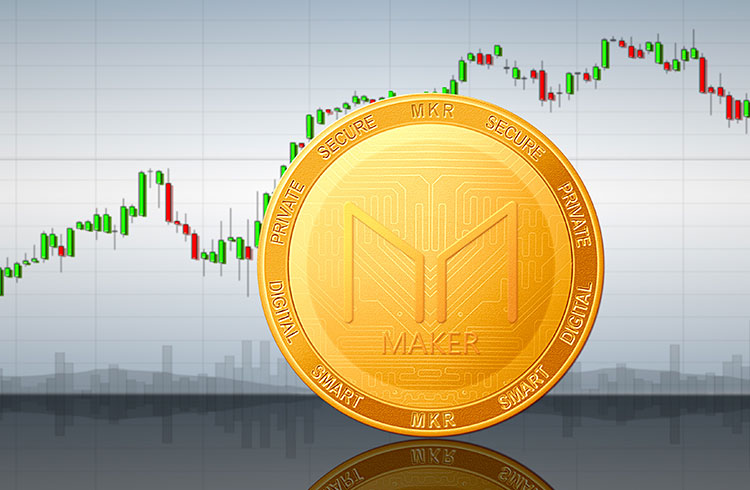 As blockchain land faces its collapse, investors are trying to recoup at least some of their invested capital. Some actually succeeded and migrated to other networks, such as MakerDAO. The MKR governance token appreciated 30% this Friday (13) because of this migration.

The collapse of UST and so-called algorithmic stablecoins has left investors with few decentralized alternatives. One of them is precisely DAI, a Maker stablecoin that has a high degree of decentralization.

On the other hand, other cryptocurrencies exposed to the UST continue in a strong correction. This is the case of USDX, a stablecoin on the Kava network, which lost its parity and even dropped below $0.70.

Earlier on Friday, MKR had gained nearly 30%, which was enough to place it as the eighth-largest decentralized finance (DeFi) token, with a market cap of $1.4 billion, according to with CoinMarketCap.

Meanwhile, DAI has become the fourth largest stablecoin with a market cap of $6.47 billion. In terms of protocol, Maker reached $10.87 billion in allocated value (TVL), the highest value among DeFi protocols.

As a result, the protocol accounts for 9.5% of the total amount allocated to DeFi. According to DeFi Llama, the total market is about $146 billion. Following are the Lido Finance and Curve protocols, with US$8.97 billion and US$8.8 billion in TVL, respectively.

In the last 24 hours, DAI’s market cap has also increased by approximately 2%, rising from $6.34 billion to $6.47 billion. Unlike some of its peers, the stablecoin is still worth exactly $1.00.

The decentralized stablecoin USDX, which operates on the Kava Network, has lost its parity with the US dollar. Its price started to fall on Tuesday (10), but reached the bottom the next day, being quoted at US$ 0.47.

With the market rally this Friday, the value of USDX has recovered and is up 15% at the moment. However, the stablecoin is still far from regaining parity as its price operates in the $0.70 region.

What may have caused the USDX to lose its dollar parity is unclear. Unlike algorithmic stablecoins, Kava Network’s USDX can be minted as a loan backed by collateral. But according to the team, the stablecoin had exposure to UST, which may have explained this move.

As the UST plummeted, losing more than 90% of its value within a week, it caused collateral liquidations. These liquidations, in turn, affected the value of USDX, according to Scott Stuart, co-founder and CEO of Kava Labs.