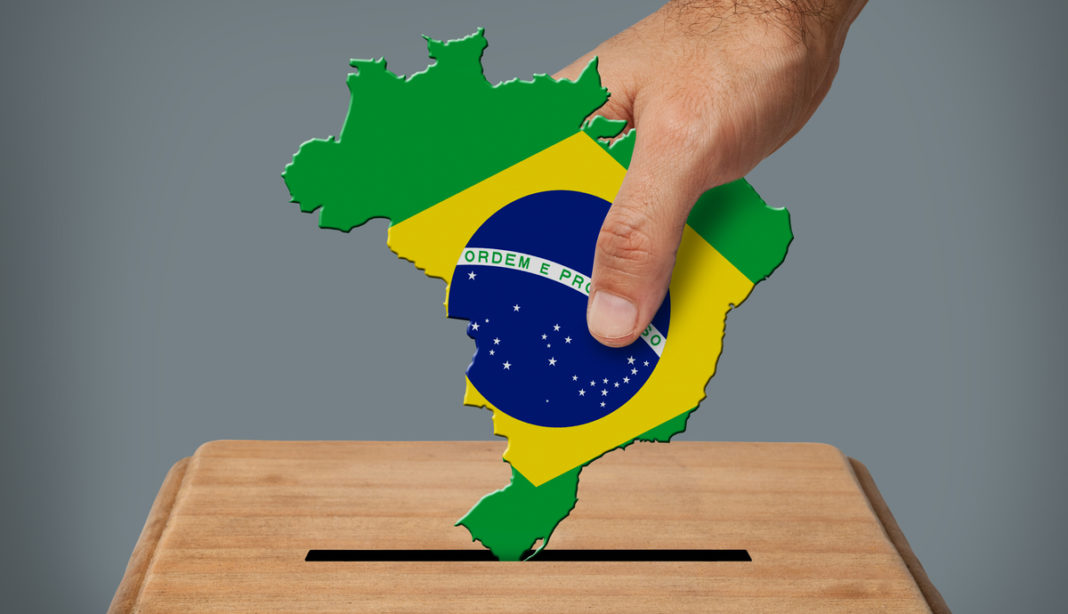 The elections for the president of Brazil take place next Sunday (2) and, among the major national themes, cryptocurrencies had at least a little space over the weeks of campaigns among the main candidates for the position of Chief Executive.

Whether as a denunciation of a project involving cryptocurrencies, admission of ignorance, courses linked to its name and a macroeconomic view of a currency without a central entity, Bitcoin ended up being cited by the main candidates at some point in the countless hours of interviews, rallies and events.

Now the first turn approaches. The latest electoral poll carried out by Ipec and commissioned by Globo, shows former president Lula with 48% of voting intentions, Jair Bolsonaro with 31% and Ciro Gomes with 6%.

If any candidate gets 50% plus one of the valid votes (that is, the minimum above half), they will be elected in the first round. If that doesn’t happen, the two with the most votes will contest the second round, which will be held on October 30th.

Current president and seeking re-election, Jair Bolsonaro (PL) spoke directly about Bitcoin on August 8, during his participation in the Flow podcast. The matter arose when the politician began to give examples of what he considered acts of corruption in the previous administration, and cited a rehashed story about “teaching an Indian to deal with bitcoin”.

It was then that presenter Igor Coelho asked directly what he thought of Bitcoin. “I never messed with it. [Bitcoin]”, replied Bolsonaro.

The presenter then asked what the president thought about regulating the crypto sector. He deflected: “Then I’ll ask Paulo Guedes. I don’t know what Bitcoin is, I think most of the population doesn’t know, but spending BRL 50 million to teach Indians how to deal with Bitcoin is dirty”.

This story began at the dawn of the mandate. On January 7, 2019, Bolsonaro criticized the ‘BNDES black box’ and used as an example the case of indigenous cryptocurrency that was barred by his government.

“Many contracts have been undone and will be exposed, such as the one for R$ 44 million to create indigenous cryptocurrency that was barred by Minister Damares and others”, declared the president on social media. The agreement with such a high value was a contract without bidding signed by Funai and the UFF (Universidade Federal Fluminense).

In December 2021, he mentioned the case again during a speech to entrepreneurs at the headquarters of Fiesp (Federation of Industries of São Paulo).

The origin of it all was the identification by the Minister of Women, Family and Human Rights, Damares Alves, who vetoed a project that foresaw, among other things, the development of an indigenous cryptocurrency in a collaboration between Funai and the Fluminense Federal University.

Candidate and former president Luis Inácio Lula da Silva (PT) never spoke directly about Bitcoin and cryptocurrencies, but his surroundings have touched on this area.

The most symptomatic episode was this September: Henrique Meirelles, president of the Central Bank during the Lula administrations, announced days apart that he had become part of Binance’s Global Council and public support for PT’s candidacy.

In addition, the Lula Institute taught classes on Bitcoin and NFT in a module of a digital economy course and released a video explaining how the blockchain works.

Candidate Ciro Gomes (PDT) was the one who spoke in more detail about Bitcoin. He first addressed the issue publicly also on Flow, with a more critical view: “Look, I don’t know if I’m too conservative — and I admire this attempt, but a currency without ballast and without a public authority behind it, I don’t know if one of these days it will be a problem”, said the politician.

But Monark, one of the podcast’s hosts at the time, cut in and said that El Salvador had adopted it, and Ciro added: “Yeah, it’s moving towards an impressive thing… It’s gone a lot further – I already said it’s not going to work and stuff… I bit my tongue. A private currency is emerging, with a reasonable international course, a reasonable reserve of value”.

In July of this year, at a Fiesp event, the Bitcoin Portal directly asked Ciro Gomes if his opinion on the digital asset had changed. He was more skeptical than in Flow.

“I am very conservative in terms of finances,” he said. “Speaking of bitcoins: it is a currency that does not have an authority that gives it forced currency or that gives it backing as a store of value. One fine day can turn into a pyramid,” he said.

However, he admitted that he may be wrong in his view on the subject: “It may even be a misperception of mine”, he added.

“Receiving tax payments like El Salvador, no way. It will always be the good old real, a currency that has a forced course, is a store of value, has a fixed transaction value by the government, which is a democratically controlled authority.”

Want to invest in digital assets but don’t know where to start? Bitcoin Market offers the best and safest trading experience for anyone taking their first steps in the digital economy. Meet the MB!