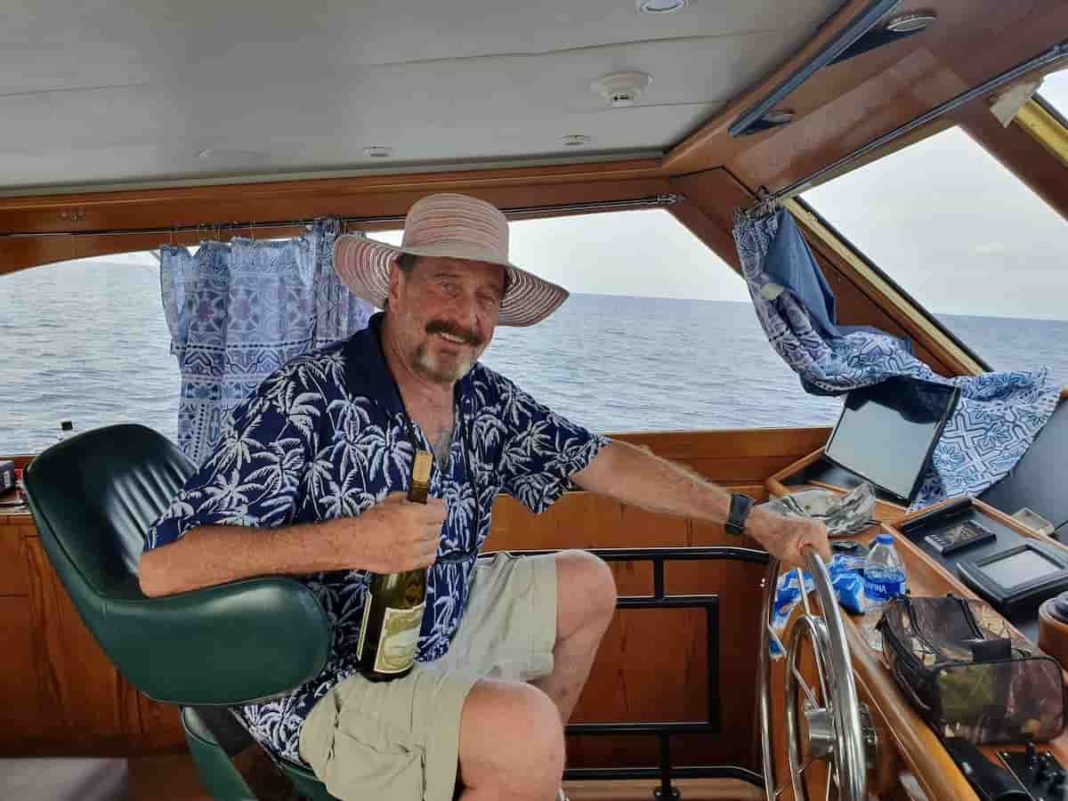 Famous for McAfee antivirus, programmer and cryptocurrency enthusiast John McAfee said on Twitter that he is broke and that his entire crypto fortune is gone. McAfee has been behind bars in Spain since October 2020, under a US injunction against money laundering and tax evasion.

“The US believes I have hidden cryptocurrencies. I wish I had, but they were dissolved by the many hands of Team McAfee (you don't have to believe it), and my remaining possessions were all confiscated. My friends evaporated for fear of association.

I do not have anything. However, I don't regret anything"

McAfee could soon be extradited to the United States, with a decision set to exit Spanish courts in the coming days. If extradited, the 76-year-old man will face justice on charges of tax evasion between 2014 and 2018, which carry a prison sentence of up to 30 years.

The businessman and his accomplices reportedly raised more than $13 million from pump and dump (market manipulation) cryptocurrency schemes, according to the US Department of Justice. The Commodity Futures Trading Commission has filed civil lawsuits related to the alleged schemes.

He was also accused of concealing more than $23 million he allegedly earned from the increase of seven cryptocurrency offers on Twitter. US officials say McAfee itself has proven itself an expert in cybersecurity and cryptocurrency through its tweets, speeches and its role as CEO of a publicly traded cryptocurrency company.

Want to earn Bitcoins?
We help you with this.
Open a free account!

McAfee has long considered itself an outlaw and has spent much of the past few years living on a yacht in the Caribbean, admittedly evading US tax authorities. He appeared in Spain last September and was arrested there the following month.