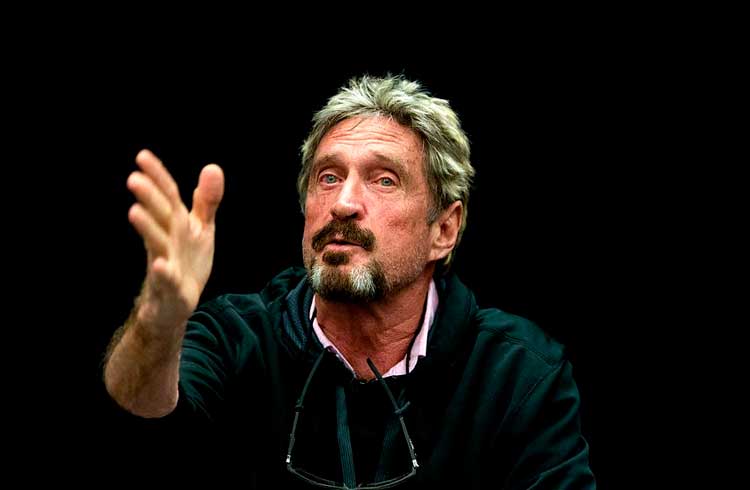 “Bitcoin – old, clumsy, without security, without smart contracts, without DApps…. It is the real shitcoin ”. That's how John McAfee, who was once elected a very influential figure in the cryptocurrency market, referred to Bitcoin in his Twitter account on Wednesday, January 29.

Whichever Bitcoin Maximalist came up with the term "Shitcoin" for all other coins;

But we all know that the future of Crypto rests with the Alt Coins.

Old, clunky, no security, no smart contracts, no DAPs….

Is the true Shitcoin.

"Whatever the Bitcoin maximalist who came up with the term “shitcoin” for all other cryptocurrencies; It was brilliant. But we all know that the future of cryptography lies in altcoins. Bitcoin. Old, clumsy, without security, without smart contracts, without DApps… It's the real shitcoin ”, says the tweet.

A follower embarked on the statement by McAfee, creator of one of the most popular antivirus software in the world, and said that Bitcoin is the hotmail of cryptocurrencies. The comparison was applauded by McAfee:

The Hotmail of Crypto.

However, most of the followers criticized McAfee's statement, which last year made an optimistic projection about Bitcoin, saying that its price would reach $ 1 million this year. At the time, he stated that it was “mathematically impossible” for a BTC to be worth less until the end of 2020 and stated:

"Otherwise, I will eat my p ** on the national network."

About the statement given in 2019, McAfee explained next, indicating that it was a bluff:

Yes, I said Bitcoin would hit a million (making it bigger than the GNP of all of North America for Christ sake – learn to multiply).

I simultaneously said I fucked whales and invested in a company testing Zombie intelligence!

“Yes, I said that Bitcoin would reach one million (making it bigger than the GNP (Gross National Product) of all of North America, for God's sake – learn to multiply).

I said simultaneously that I had sex with whales and that I invested in a company that tested zombie intelligence!

50% believed in the whale thing.

Monero and Ethereum are McAfee's bets

Read also: John McAfee plans to “tokenize” all members of the US Congress