WordPress
Home News Jack Dorsey reiterates his position on Bitcoin as the "currency born of... 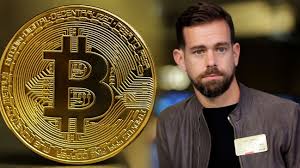 In an interview with Reuters, CEO of Square and Twitter, Jack Dorsey reiterated his position that Bitcoin is a very viable native internet currency in the future. He is bidding to say that Bitcoin followed the same path as the internet, especially since Bitcoin was born on the internet.

According to statista, the number of users of Bitcoin through the second quarter of 2020 increased to 50.72 million. At this same period, Bitcoin's market share is estimated at 63.87%; which makes him the undisputed leader of the cryptocurrency market.

Bitcoin has experienced tremendous growth in the market. The COVID crisis propelled him even further given the instability of fiat currencies linked to uncertainties in the real economy. More and more people are taking refuge in Bitcoin.

For Dorsey, Bitcoin and the internet have had almost the same story. They started out of nowhere with small communities to end up gaining people's trust and developing large communities.

The internet is something that is the subject of consensus and that is built by everyone and everyone can change the course. Bitcoin has the same characteristics, it was built on the internet.

Dorsey also pointed out that you don't have to be an employee of the company to share a great idea about Bitcoin. Those with progressive ideas can easily join the community. The same goes for the internet, which anyone can make it better with a brilliant idea.

In a report published by CEO of Global Macro investor "Raoul Pal," the price of bitcoin could rise to $ 100,000 in the next two years. And for the most optimistic reaching a million over the period.

I think the internet justifies a (…) national currency and (…) bitcoin is probably the best manifestation of that so far ”. I can't see that changing given all the people who want the same thing and build it for this potentiel.

To make bitcoin profitable for everyone, Jack recommends:

Today's exultation once again marks Dorsey's passion for Bitcoin. In April, he proclaimed the Bitcoin whitepaper to be “poetry”. And after a major tour of the African continent last November, he concluded that "Africa will define the future (especially that of bitcoin)".