Home News It’s not just LUNA: Five cryptocurrencies have melted more than 90% since... 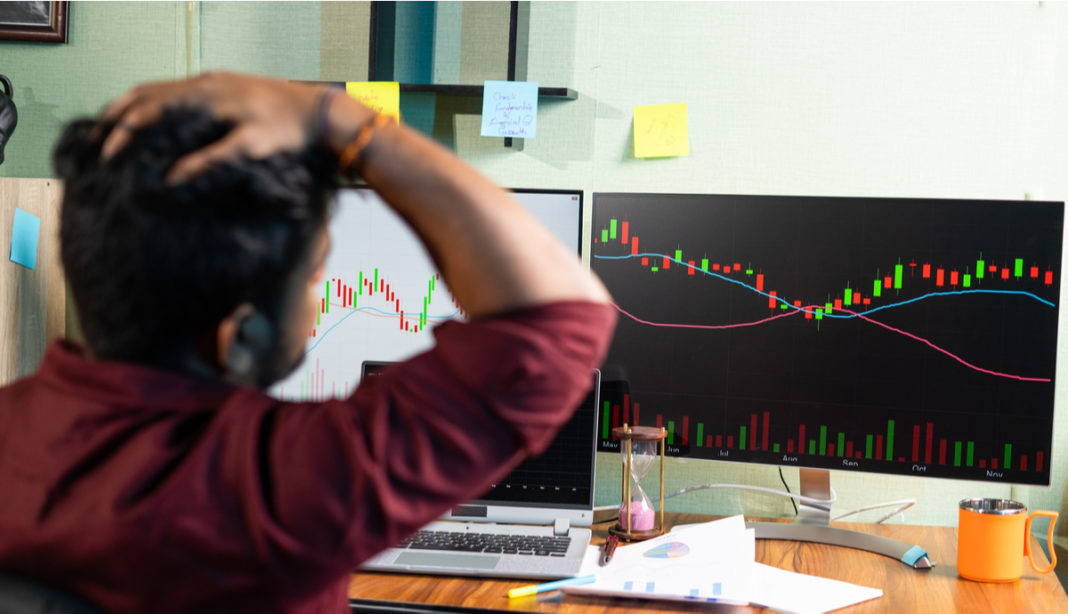 The melting of the Terra project ecosystem, with the native token LUNA and the stablecoin UST, can already be considered one of the great milestones in the history of cryptocurrencies. But abyssal falls are not uncommon in this universe.

At least five assets that were considered promising registered a devaluation of more than 90% this Monday (23) in relation to the “all time high (ATH)”, an expression in English that designates the highest price that the currency has reached since it was launched. launched, according to data from the Coingecko portal.

Some of the top cryptocurrencies by market capitalization also narrowly missed the list: Dogecoin (DOGE) lost 88% of ATH; Uniswap (UNI) is down 87% and XRP (XRP) is also down another 87%.

The ICP is a token of the Swiss-based non-profit Dfinity Foundation and has entered the market with a bang. Launched in May 2021 as a supposedly revolutionary project, in less than four days it reached the rank of 8th largest crypto in the world.

The project has been developed since 2016 by the Dfinity Foundation, an organization that aims to build a decentralized and scalable cloud blockchain to store data and support applications.

The project is led by an enthusiastic entrepreneur in the technology sector called Dominic Williams and was born with the intention of being a public internet and free from the ‘claws’ of large technology monopolies such as Google, Facebook and Amazon. The ICP would be the token of that network.

When it was launched in 2017, Filecoin had a record in its ICO (“initial coin offer”, which is the English term for the period in which the project raises investments before being launched). It was US$ 257 million, surpassing the US$ 232 million raised by Tezos, which was until then the maximum reached.

Among the investors were Sequoia Capital, Andreessen Horowitz and Union Square Ventures.

Filecoin intended to provide a decentralized network for digital storage through which users could effectively rent their available capacity. In return, these users would receive Filecoins as payment.

The blockchain project was one of the original “Ethereum killers”, and raised a record $4.2 billion in an initial coin offering. After a few test versions, it was officially released in June 2018.

But the euphoria soon gave way to a hangover. In June of last year, Block.one, the cryptocurrency company behind the EOS IO blockchain, agreed to pay $27.5 million in a class action lawsuit over its $4 billion ICO for EOS.

The ATH hit in September 2021 and was caused in part by the crackdown on cryptocurrencies in China. At that time, the exchange’s volume continued to grow and surpassed the $10 billion mark.

dYdX volume has skyrocketed as a reflection of the Chinese government’s crackdown on the crypto sector, which has come to understand that any person or company that facilitates the trading of bitcoin and other cryptocurrencies in the country is breaking the law.

The tightening of restrictions led a number of companies in the sector, including centralized exchanges that still operated OTC desks in the country, to limit and eventually terminate the services offered to the Chinese. As a result, this audience began to look for alternatives on the market, such as dYdX.

dYdX is a decentralized exchange, which means that it does not hold user funds and executes trades via Ethereum-based smart contracts. To escape the high gas rates of the main network, dYdX uses StarkWare’s second layer (layer 2) solution.

A serious blow to the token came in April of this year, when Binance pulled the dYdX-Ethereum exchange pair from its platform.

LooksRare came seemingly out of nowhere to become the biggest rival to OpenSea, the main market for non-fungible tokens (or NFTs) in the first month of the year. However, there were doubts about the astronomical trading numbers supposedly coming from the platform.

It was fraught with excessive “wash trading” as users buy and sell NFTs between wallets they control in an attempt to manipulate daily trading rewards.

Analyst NFT CryptoSlam reported on January 31 that it had identified over $8.3 billion in wash trading from LooksRare – and the token ended up suffering from this type of operation being made public.