WordPress
Home News It's a good thing for criminals to use privacy coins, says John... 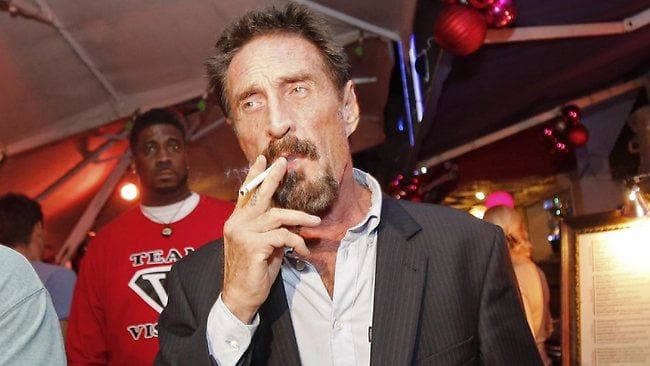 The famous American businessman, John McAfee, recently spoke about the implementation of privacy coins. He believes that criminals are using them because of their technological value, and the authorities cannot keep up.

In addition to being a successful entrepreneur, John McAfee is also a well-known supporter of Bitcoin. Until recently, at least, when he changed his position in relation to the largest cryptocurrency.

He went from a bold $ 1 million forecast to "Bitcoin is the real shitcoin". He also said that the future of the cryptocurrency industry depends on alternative currencies.

Today, he has narrowed his support to a specific type of altcoins, describing the value of privacy coins. According to McAfee, criminals are using them, which is a positive sign: "they are the first to use all the valuable technologies".

“They are the first to use valuable technologies. Faster cars like escape cars in the 1930s, phones to coordinate crimes.

The authorities are always late. Now, they have validated the power of privacy. Thank God!"

Some people mistakenly assume that all cryptocurrencies are completely anonymous. But this is not always the case.

For example, it is possible to associate a Bitcoin address with a specific individual, if he has already used an exchange that requires identity verification.

Privacy coins, on the other hand, hide all information from the sender and recipient. When completing transactions, they do not provide data and, ultimately, they do not leave a trace.

People are often using them to keep their identity hidden from central authorities and governments.

John McAfee may not be the only one to look at the value of privacy coins. Most of them have been showing impressive performance since the beginning of the year.

Monero, the largest in terms of market value, started 2020 at $ 45. It almost doubled in price as it now exceeds $ 80. Meanwhile, other privacy-focused currencies are also experiencing incredible valuations, such as ZCash and Dash.