Home News It is “forbidden to sell” bitcoin and the dollar can reach R... 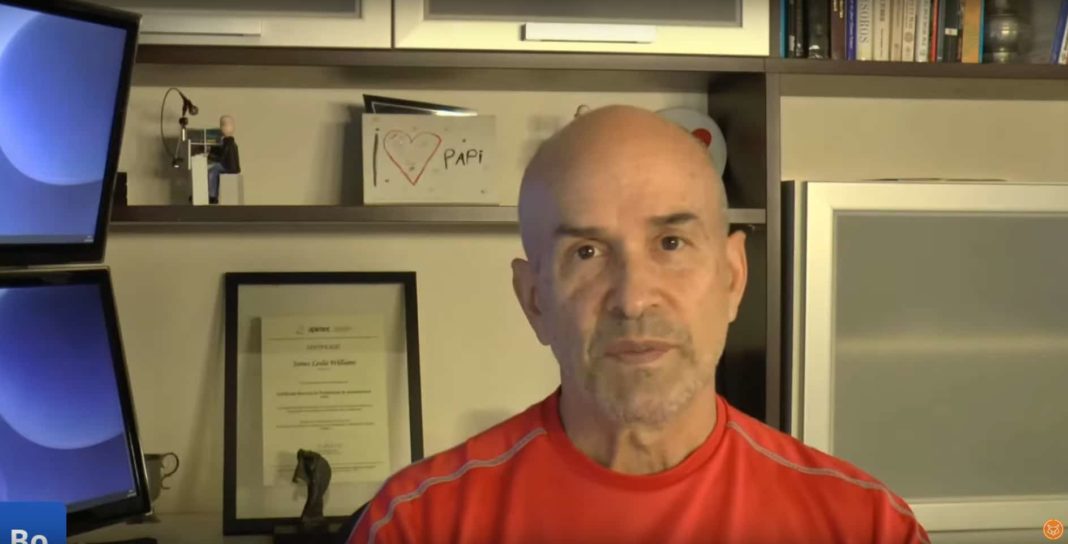 The experienced trader, former partner of XP, nuclear engineer and creator of the Phicube method Bo Williams released another video talking about the price of Bitcoin in Brazil and the trends of the dollar.

Bo analyzed some altcoins, but most of the time he stayed on the charts of bitcoin and its peers.

According to the analysis, the next target of btc in dollars is US $ 13,500. The trader had already made a call last week, in which he warned that bitcoin had a high chance of rising.

In August, Bo said the main cryptocurrency was headed for R $ 76,000, with a 70% chance of getting there in the coming months. With the help of the dollar and a slight increase abroad, the price of bitcoin could skyrocket further in Brazil, the trader said.

When analyzing the scenario and the graph in BRL, Bo was surprised. Even saying that it is “forbidden to sell (Bitcoin)”, because “the graph is“ beautiful ”and completed“ pure upward trend ”.

Real and dollar, where are they going?

As the price of bitcoin in Brazil is linked to the dollar, Bo did not blink and went to analyze the American currency.

"If the dollar helps, bitcoin will (go up) more."

The pattern seen by Bo tends to put the dollar at R $ 6.00 again and make the American currency reach the top reached on 5/15.

However, he warned that the rise in the dollar may take time but chances are high that it will happen.

Bo also spoke about Ethereum and said the currency is about to take an important turn in the matter of price.

He compared Ethereum to Microsft, Apple and other major companies and said his blockchain has great potential.

Watch the full video to see the other reviews: