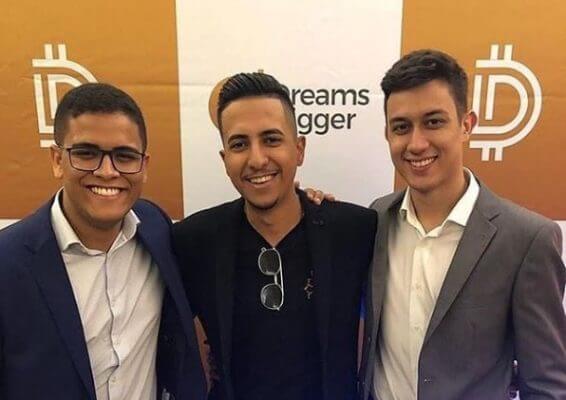 The material prosperity and motivational phrases posted by Rafael Oliveira on Instagram are behind a past of involvement with financial pyramids, denounced by profiles on the social network. And they were all created by the same person.

"I don't speak in names," he says, when asked about the report. However, he claims to be a former TeamMillion member. It defines itself as a “School of Insights created to inspire, generate ideas and offer the necessary tools for those who dream of getting there”.

According to the complaints, however, she is a creation of Oliveira himself – in association with other partners – and worked together with BinaryBit, a famous pyramid scheme that collapsed in 2019.

“I was one of his oranges. And besides orange he stole me, as he stole several people ”.

The ex-ally says he lost about R $ 500 thousand because of Oliveira. Together with family members, he sold four apartments to invest in the business disclosed by the influencer.

Faced with the loss and lack of assistance on the part of Oliveira and other leaders, he decided to create the profiles on Instagram to remember the past that they wish to keep hidden. When a scheme goes down, old posts are often deleted to leave no clues about the involvement.

"I want to unmask this gang", he sums up.

The posts reveal the past of Rafael Oliveira and others involved, like youtuber Gabriel Rodrigues – who boasts a life of luxury on social networks and is linked to DD Corporation, another scam that has injured thousands of people.

The material was obtained from records of the profile creator himself and from former TeamMillion members who were disappointed with the scheme.

In addition to this, Rafael Oliveira also has a history with schemes such as DD Corporation and Digital Money.

After the publication of the article about Rafael Oliveira, the influencer spoke up and said he was a victim of extortion by the profiles, who asked for 12 Bitcoins – something close to R $ 500 thousand, at the current price.

“The profiles were created with the intention of asking the digital influencer for money and, since Rafael did not condone such extortion, these profiles began to publicize all unfounded accusations and to pressure him to send a large amount of money to a wallet bitcoin ”, says the defense of the influencer.

Questioned by the report on the extortion, the creator of the profiles says that he “just wants his money back”.

"We are in favor with relatives, there are no days to eat, we eat," he said.

With 631 thousand followers on Instagram, Rafael Oliveira places himself as an enthusiast in the universe of cryptocurrencies, and mixes motivational phrases with photos that show his high standard of living.

Complaints about the past, however, tarnish the influencer's aura of success. Among the people with whom Oliveira has already connected are the CEO of DD Corporation, Leonardo Araújo, and youtuber Gabriel Rodrigues, who also attracted clients for the DD scheme.

Oliveira even filed a lawsuit in the São Paulo court to try to remove the profiles from the air. The request, however, was denied for setting up prior censorship and for the lack of evidence presented by Oliveira that characterize unfounded defamation by the profiles (orafaeloliveira_estelionatario and orafaeloliveira_golpe171)

Regarding the citations that connect him to pyramids, Oliveira said via advisory that "he has already disclosed opportunities within multilevel marketing, but he never agreed with investments with promises of gains".

Regarding DD Corporation, the influencer says that he even sold the cryptocurrency courses offered by the company, but that he moved away from it when it started to focus on selling the arbitration operations robot.

Finally, regarding BinaryBit, Oliveira says that he stopped recommending the company “as soon as he saw that BinaryBit did not release reports on the results of its actual operations”.