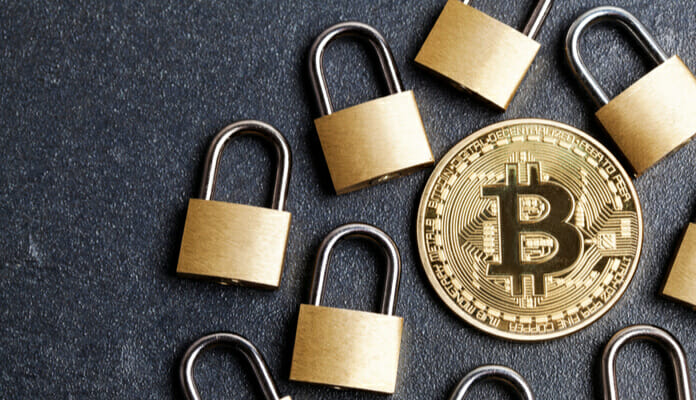 An investor lost access to his own cryptocurrencies at the Bitcoin Market broker after making the password more than five times wrong. He even filed a lawsuit against the exchange, but the court understood that the account was blocked by the investor himself.

The ninth Civil Chamber of the Rio de Janeiro State Court of Justice (TJRJ) unanimously decided last Tuesday (18) to maintain what had already been handed down in the sentence by Judge Vania Mara Nascimento Goncalves, of the São José Single Court of the Rio Preto Valley.

The magistrate denied the request for indemnity for moral damages in R $ 5,000 and in R $ 500 for material damage, on the grounds that the client should be aware of the business risks. It even equated the cryptocurrency market to the stock market.

All the confusion started in November 2017. The investor initially deposited the amount of R $ 500 in the brokerage and acquired 0.01915 Bitcoins. At the time, Bitcoin was worth R $ 22,512.00 (twenty-two thousand, five hundred and twelve reais).

On the same day of the purchase, however, he “converted Bitcoin into Bitcoin Cash, another virtual currency also traded by the Defendant, which generated a net amount of 0.08022 Bcash”.

The negotiations were going smoothly, until, on November 12, 2017, this investor erred in his own password several times. There were more than five failed attempts.

On that day, the investor just wanted to sell “Bitcoins cash” and acquire Bitcoins.

As stated in the file, the broker then sent an email to its client informing that the account was disabled:

“For security, your Bitcoin Market account with email (….) Has been disabled. We did this for your protection, as your password was entered 5 times incorrectly. (…) To reactivate your account, please contact us by replying to this email and informing if you were responsible for the block ”.

In this regard, there was disagreement between the investor's version and the document gathered by the Bitcoin Market, confirming the sending of this email. In the initial petition, the customer who claimed to have been harmed by the exchange told another story.

According to the report presented by the judge of the Single Court of São José do Vale do Rio Preto, the Bitcoin Market client reportedly informed the broker immediately about the incident and requested the account to be unlocked. It appears in the file that he would have tried unsuccessfully several times to reactivate his account.

“On November 13, he contacted the support again via email. And, repeating the operation on November 18, requiring steps to reactivate your account. However, to date, the Defendant has not even responded to the Plaintiff ”.

The judge concluded that “the allegations of lack of response were not the main problem in solving the impasse”. She explained in the decision that the Bitcoin Market warned the customer about the block and explained what should be done to reactivate the account.

This discussion in court has been taking place since December 2017, when the investor filed the lawsuit against the Bitcoin Market requesting R $ 5,000 in indemnity for moral damages and the return of R $ 500.

The sentence, however, was pronounced only in November of the following year. In it, the Judge stated that there is no indemnity since there was a mere inconvenience to the client who should have the business risk.

Faced with the judge's refusal, this client also decided to appeal to the Court of Justice, through an appeal. But it was no use. The ninth Civil Chamber of the TJRJ was unanimous and followed the vote of Judge Carlos Azeredo de Araújo.

The judge drew attention to the incongruity of the facts presented by the investor, who gathered documents that contradict what he exposed in the process:

“As can be seen in the documents gathered by the author, the complainants of page 22, in final considerations of the consumer, declared that the problem was solved, said that he would do business again and scored 6 as a service note; fl. 24, the same considerations giving note 7; fls.26 / 27, he would not do business again, but he scored 9 in customer service and that of fl.28, the problem was solved, he would return to do business and gave note 8 in customer service, that is, it is not as presented by the author ”.