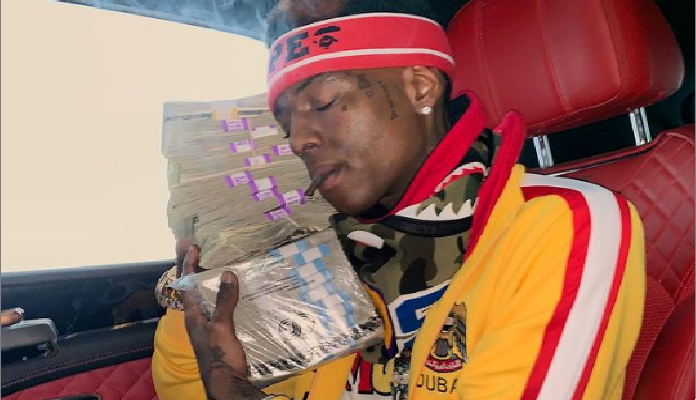 American rapper Soulja Boy revealed in a tweet on the 26th of last month that he was paid to advertise a cryptocurrency called SaferMars. Such an attitude in the past was seen as liable to fines by the US Securities and Exchange Commission (SEC), which even fined several celebrities in the same situation.

Soulja Boy has a huge fan base around the world with his 10+ year career in music. On Instagram, “Big Draco”, as it is also called, has 6.1 million followers and on YouTube another 2.8 million. On Twitter, where he posted the possible gaffe, the singer is followed by 5.2 million users.

In the publication, the 30-year-old singer said that he had found an interesting project that seemed worthy of “going to the moon”, a phrase commonly used on social networks to denote a possible high appreciation of an asset. Soulja then hinted that he would take $24,000 for the post.

“They raised 240k. If they increase after your tweet, you will receive 24k”, revealed in the post the singer. The tweet, however, was deleted, but a copy was shared by the Mr. Swing account.

The SEC has strict rules around advertisements if they are about promoting an investment. If there was the service, there must be payment and that is where it comes in, if the author does not declare what he received.

For the agency, it is somewhat similar to the rules for advertising paid products to celebrities on Instagram and that are clearly marked as 'sponsored', commented Coindesk on the matter.

And that's what happened to another singer, DJ Khaled, boxing celebrity Floyd Mayweather, and actor Steven Seagal. All paid fines to get out of a lawsuit at the regulatory body.