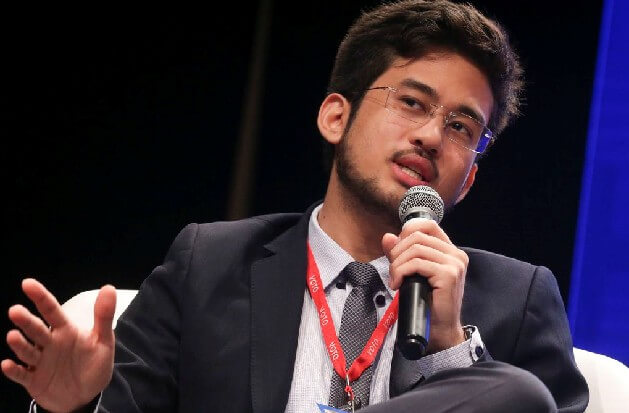 Federal deputy Kim Kataguiri (DEM-SP) published this Wednesday (12) a video on his YouTube channel to criticize the bills being processed in Brasília with the aim of regulating the Brazilian cryptocurrency market.

Kataguiri started the video by warning his more than 800,000 subscribers that what goes on in the minds of those in government involved with the bills “is nothing good, nothing that will bring benefits to the crypto market” — in which he invests.

The deputy specifically cites bill 2303/15, approved in the Chamber of Deputies in early December and currently awaiting a vote in the Senate.

The PL establishes that a supervisory body appointed by the Executive Branch – probably the Central Bank – should start to supervise the creation and operation of exchanges operating in the country. In addition, the text increases punishments for those who commit crimes of embezzlement and money laundering using cryptocurrencies.

“He [projeto de lei] gave broad powers for the Executive to regulate crypto assets, which is why I voted against it. […] The downside of this is that exchanges will need a government permit to operate in Brazil,” he said.

In the deputy’s view, the inspection will be negative and will make operations no longer free in the country. “It’s not just a person to go there, open a company, set up headquarters in any country or even in Brazil and start operating. No, this time, the company will go through a procedure regulated by the Central Bank to operate in Brazil”.

He adds that the Central Bank, therefore, will have veto power over new institutions in the sector and that the legislation is “carte blanche for the legislature to do as it pleases”.

“The project approved by the National Congress itself is not disastrous. It does not establish any operation that makes the operation of cryptocurrency exchanges in Brazil unfeasible, but it gives powers so that the Executive has this power to regulate to the point of making it unfeasible,” he says.

Although he does not believe that this scenario of total ban will materialize, he argues that what will come, “will bureaucratize, increase the cost and be a barrier to the market”.

Kataguiri further signaled that he should soon meet with the IRS to discuss cryptocurrency taxation:

“I should meet there with the representatives of the IRS when I return to Brasília to find out how they are going to tax, mainly in relation to NFTs… pay or not convert from one NFT to another NFT… there are a series of doubts arising”.