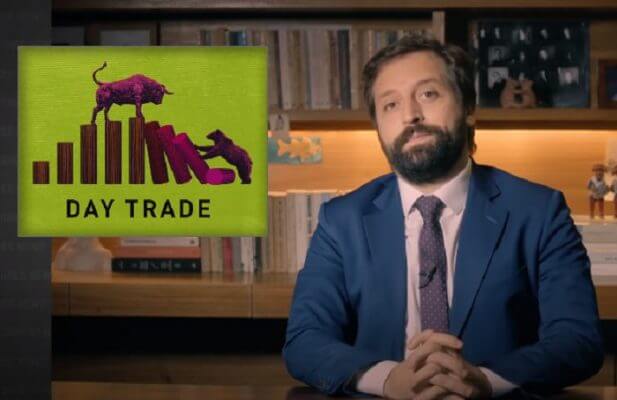 Comedian and actor Gregório Duvivier took advantage of images from a video by influencer Gabriela Pugliesi to criticize the day trader activity. About 30 days ago, Pugliesi revealed that he entered the stock market. "I was born for this," he said.

Puglisi was weeks off social media after being criticized for having a party during the pandemic. Due to the fact, he lost followers. According to UOL, it may also have suffered financial losses due to breaches of advertising contracts.

“What I like most about this video is her husband’s reaction. He really doesn't seem to be enjoying this news in her life, ”said the comedian.

After showing the moment when the influencer's husband, the model Erasmo Viana, suggests agreeing with what Pugliesi says, which is much more balanced than him, the humorist imitates the movements made by him – to the sound of 'uhum' and starting to hand on the head.

‘Gurus’ of the day trade

Greg News was based on the ‘profession trader’, one of the fastest growing subjects on social media when it comes to investment.

“The truth is that for day trade gurus, the information they give you is not valuable; if it was valuable, they wouldn't give it to you ”, fired the presenter.

To give context, Duvivier highlighted two well-known traders on social networks: businessman Rafael Ferri and trader Diego Aguiar. In the past, both have had their names associated with controversial businesses.

Ferri, whose trading course helped Pugliesi in the new venture, is known in the financial market, according to Suno Research, for having been one of those responsible for the pliers bubble, which created an artificial valuation of Mundial's shares. The businessman was acquitted at second instance in court.

Diego Aguiar, who presents himself as a businessman and high-risk investor, attributes his fame and high standard of living to the gains obtained from cryptocurrency transactions.

However, it has a history of publicizing and selling schemes that have damaged thousands of people, such as Fx Trading and YouXWallet. After a publication by the Bitcoin Portal, a video on the subject was taken down.

"A life he said he earned by waking up at noon," said Duvivier, "after showing a video where Aguiar pretended to have earned while sleeping, R $ 930.