Home News In DeFi, the liquidity war is declared between the DEX 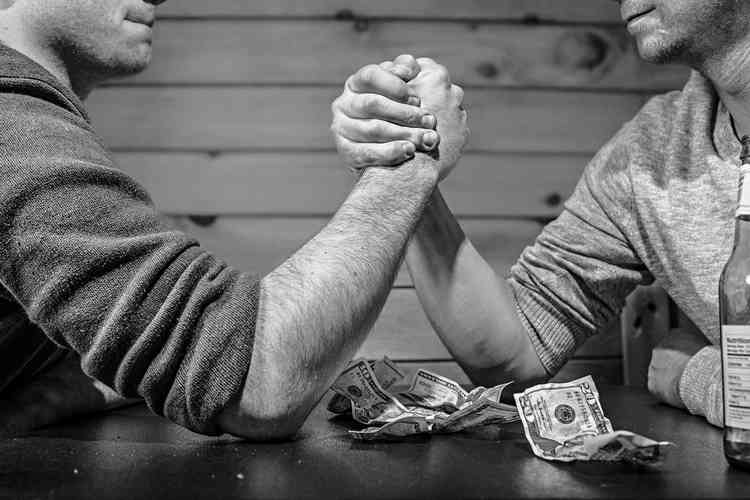 To attract liquidity providers, decentralized exchanges (DEX) compete fiercely. SushiSwap and Bancor are offering increased rewards to attract these funds. And Uniswap is the big loser for the moment.

DeFi, your ruthless universe. So far leading DeFi protocols according to the DeFi Pulse indicator, the DEX Uniswap has seen its total value locked (TVL) melt by more than 50% in 24 hours. The crypto-assets in its smart contracts thus plunged on November 14 from 3.07 to 1.3 billion dollars.

The previously available cryptocurrencies still exist, however. They were simply transferred by their owners to other DeFi protocols. Services like SushiSwap have been able to attract liquidity providers with more attractive performance promises.

SushiSwap, and Bancor as well, have anticipated the end of the UNI token rewards granted by Uniswap. On the same day, its competitors announced a new incentive system for four liquidity pools previously handled by Uniswap.

The Uniswap fork was the first to respond. Sushiswap attacked its competitor head-on by offering rewards to liquidity providers on the ETH / USDT, ETH / USDC, ETH / DAI and ETH / WBTC pools.

The effect was immediate. On November 14, SushiSwap posted an RST of approximately $ 280 million. Since the 17th, this liquidity has skyrocketed and now exceeds $ 1 billion (+ 300% in one week). 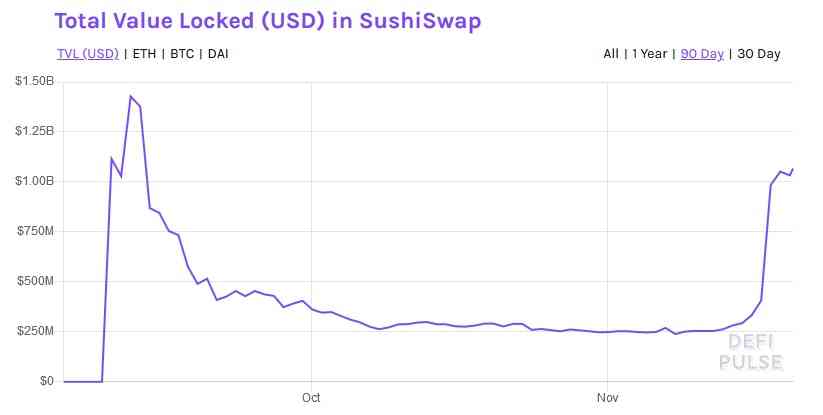 In the ranking of DeFi protocols, DEX now ranks just behind Uniswap. But as Cointelegraph points out, SushiSwap is not the only perpetrator of a so-called "vampire" campaign for Uniswap's cash flow.

Other DEXs hunt for available cash

On November 17, Bancor also unveiled a cash mining program, additionally including retroactive rewards. And all of this is fair game, according to 1inch CEO and co-founder Sergej Kunz.

“Right now we're seeing a lot of other projects launching incentives after Uniswap ends. As we are convinced that our Mooniswap protocol has a lot of potential to unlock while attracting additional liquidity, we have decided to announce our new liquidity mining program in order to chase away the liquidity released by Uniswap "

DEX does not intend to remain inactive, however. A governance proposal was put to a vote by UNI token holders. She suggests reinstating the previous rewards program in order to re-attract liquidity providers.

But since the establishment of a decentralized governance system, no proposal has gathered sufficient participation to be validated. 40 million UNI tokens are essential to achieve this. However, 99.4% of voters approve the restoration of the liquidity program. However, the UNI 40 million threshold has not been reached.