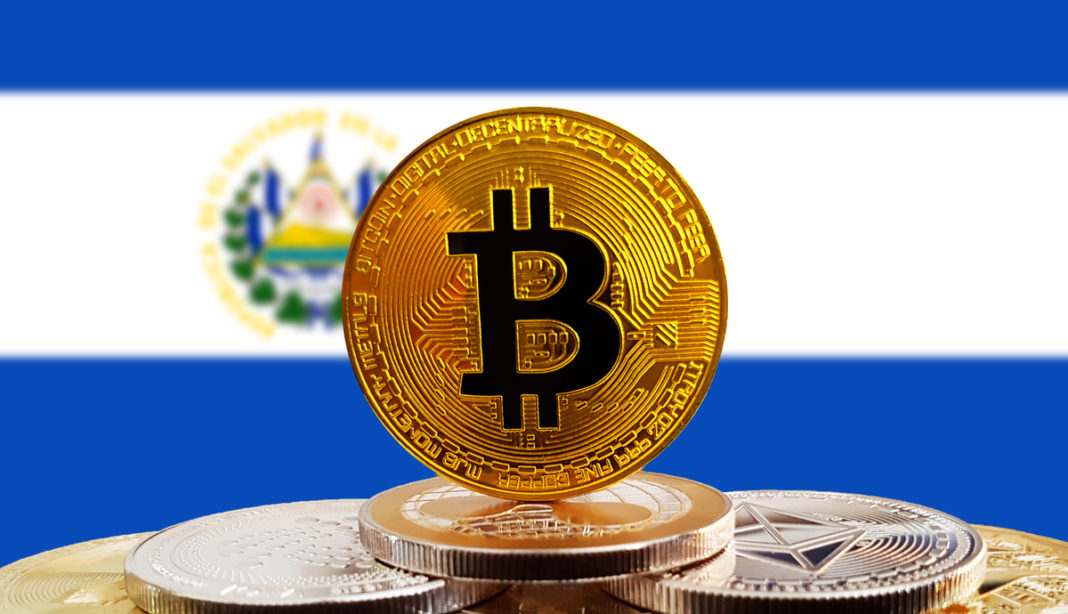 El Salvador’s US dollar-denominated bonds fell to 0.644 against the US dollar this Monday (22), making the Central American country one of the biggest losers in the foreign debt market, according to Bloomberg.

Apparently, investors are concerned that Salvadoran President Nayib Bukele’s latest “City of Bitcoin” initiative does away with longstanding International Monetary Fund (or IMF) efforts to establish a relationship with the country.

A dollar-denominated bond is a bond issued outside the US by a foreign company or government that is denominated in the US dollar rather than the local currency.

El Salvador’s dollar bonds, valid through 2050, peaked at $1.10 in April 2021. However, they have been in free fall since then, according to data from Bloomberg.

A deal for a $1.3 billion financial aid program with the IMF, aimed at revitalizing the country’s economy, was about to be finalized before it stalled after Bukele’s Nuevas Ideas party replaced the attorney general and the Constitutional Court magistrates in May.

In June, Bukele had announced that El Salvador would turn bitcoin (BTC) into a currency, further damaging its ties to the IMF. The country came forward with a plan in September, when the proposed bill finally took effect.

Repeatedly, the IMF has criticized El Salvador for its decision to adopt bitcoin, where a new wave of criticism emerged in a report published on Monday (22), which again highlighted the risks related to the use of cryptocurrency.

Despite the fact that El Salvador’s economy has quickly recovered from the pandemic, “constant fiscal deficits and high public debt servicing are resulting in greater and growing gross financial and fiscal needs,” the IMF said.

“Given bitcoin’s high price volatility, its use as a currency poses significant risks to consumer protection, financial integrity and financial stability,” he added. “It also gives rise to contingent tax liabilities.”

Given the risks mentioned above, “bitcoin should not be used as currency”, argued the IMF, adding that the organization “recommends reducing the scope of the bitcoin law and insists on strengthening regulations and supervision of the new payment ecosystem”.

The “City of Bitcoin” initiative

Announced last Saturday (20) at a conference in El Slavador, the volcano-supported City of Bitcoin will be developed in the eastern region of the country, as initial funding for the project is secured by issuing bitcoin-backed bonds worth US $1 billion.

The bonds will be issued on Blockstream’s Liquid Network (a Bitcoin-backed sidechain that offers faster and more sensitive transactions) and will be tradable on the crypto broker Bitfinex.

According to Samson Mow, director of strategy at Blockstream, the proposed 10-year bitcoin bond is expected to pay 6.5% annually, with a 50% dividend on any bitcoin earnings when El Salvador has recouped its original investment. .

Dividends will be paid either in dollars or in tether (USDT), the largest stablecoin in the world.

“We try to structure it in a way that people can present [o título de bitcoin] to boards of directors as a normal title because it is a normal title. It just has a lot of bitcoin in it,” explained Mow in an interview with Bloomberg TV.

When asked whether IMF views really mattered to Bitcoin City investor, Mow denied it before adding that organizations like the IMF and World Bank are not relevant in the bitcoin world.

“They are only relevant because they can print money and the money should not be used for supervision or as a tool to impose their beliefs and economic policies on another nation,” said Mow.

However, traditional finance players seem to be far from convinced of El Salvador’s bitcoin initiative.

Jared Lou, money manager at William Blair in New York, acknowledges that the 6.5% payout may not be enough to offset the associated risks.

“It seems like a desperate move, showing that Bukele is moving away from Western institutions,” Lou told Bloomberg, adding that existing dollar bonds will continue to hit new lows.

On Black Friday, CoinGoBack will give 15% more cashback on online shopping