Home News “I don’t want an unconscious customer. You will be asked to... 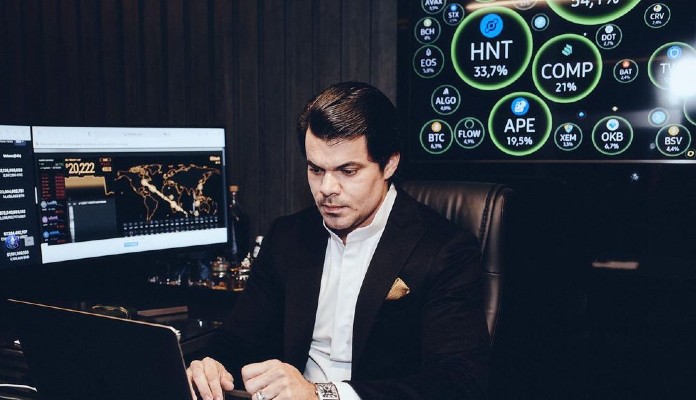 The owner of Braiscompany, Antonio Neto Ais, said in a live on Friday night (20) that he will no longer tolerate charging customers. Since December, the company, which promises fixed returns through an alleged “crypto rent” scheme, has been delaying payments.

“There are people who call me and say: ‘I don’t want to know what you’re going through, I want my money’. I don’t want that kind of client, an unconscious client”, said Neto Ais. “When all this is over, this customer will be asked to leave”, he added.

Neto Ais complained about the fact that he “was working every day” and saw people “making jokes about Braiscompany”.

The owner of the company again said that dissatisfied customers should ask for cancellation and, if they want to recover the amount of the fine, go to court.

Regarding the operations, Neto Ais again stated that Binance is entirely to blame, which would be systematically blocking withdrawals from Braiscompany. However, he said that filing a lawsuit against the brokerage is not an option.

“A lawsuit will put my balance on hold for a year or two. It is not an option as I will not be able to operate for all this time, ”he said.

In addition, Neto Ais stated that he is already starting procedures for Braiscompany to have a verified Legal Entity account on Binance, which would increase the amount it can transact per day.

“Binance asked for a file of documents and we are already after everyone. Our lawyers spoke with their lawyers and they said it will take 30 to 60 days to finalize the process,” he said.

Part of Braiscompany’s customers arrived at the new year with empty pockets due to the delay — for the second month in a row — in the payment of income that the company claims to obtain with the “leasing of cryptoassets”, a scheme accused of being a financial pyramid by Tiago Reis, the CEO of Suno Research.

The last payment for 2022, scheduled to take place on December 30, has not yet been made by this Thursday (5) for part of the group’s customers, reaching a week’s delay.

An investor who has R$ 15 thousand trapped in Braiscompany and who asked not to have his name disclosed, showed the Bitcoin portal the email in which the company justifies the delay citing “inconsistencies in the addresses of some wallets”.

In the email, the customer was obliged to inform again his Bitcoin (BTC) and Tether (USDT) address of destination of payments, as well as send a video of himself confirming the information. He complied with all these requests on Monday, but as of Thursday he has not received the promised payment.

It was the launch of the Brais App, scheduled to take place on December 28th, which caused the first payment delay on December 20th, according to the company.

What stands out is the fact that Braiscompany does not use an application or an internal system to pay customers. Instead, it sends the purported monthly profits directly to the user-informed bitcoin wallet held on cryptocurrency exchanges such as Binance.

The application was not even launched on the scheduled day — although Braiscompany had a big party for the occasion, watered with champagne and musical attractions — and remains offline until today. At the get-together, the company also announced the creation of its own cryptocurrency, the Brais Token, whose launch date has not yet been announced.