Home News “I don't own Bitcoin and I don't even bet against,” says Bill... 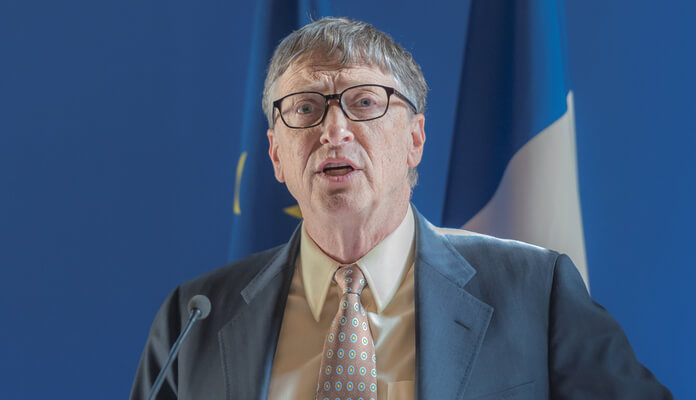 Bill Gates is not a big fan of Bitcoin (BTC). In an interview with CNBC, this Thursday (18), the billionaire stated that he maintains a neutral position in relation to crypto. "I don't own Bitcoin, nor am I sold on the asset," he said, referring to the fact that he is not betting against the cryptocurrency.

Next, the businessman compared the role of Bitcoin to that of the Bill and Melinda Gates Foundation. "I think that moving money to a digital format and lowering transaction costs is something that the Foundation does in developing countries," he said. "However, we prefer a way in which you can reverse the transaction and have full visibility into it," he continued. For him, this makes it difficult to use money for illicit purposes.

Bitcoin volatility is another problem, in Gates' view. “Bitcoin can go up or down based only on 'mania'; I have no way of predicting how it will progress ”, he concluded on the topic. However, he praised Elon Musk, who is a cryptocurrency enthusiast. "What Elon does with Tesla is incredible (…) We need more Elon Musks in other sectors".

Despite not making it clear, it is possible that the energy expenditure of mining worries Gates. Currently, Bitcoin mining consumes more energy per year than Argentina. The environmental concern was one of the reasons that led the entrepreneur to praise Musk; thus, it is favorable to sustainable business models.

In addition, Gates is the author of the book "How to avoid a climate disaster", which will be released in Portuguese in early March. In the same interview in which he spoke about Bitcoin, the billionaire said he was in favor of nuclear energy. In this case, the argument was that it produces fewer deaths, on average, than other sources of energy.

Through his investments, Gates hopes to reduce the need to use fossil fuels in the coming decades. He already participates in projects, in conjunction with the United States government, to help develop renewable energy sources. Annually, the entrepreneur spends around US $ 7 million (R $ 38 million) in carbon credits, in order to offset the CO2 emitted by his businesses.