WordPress
Home News How coronavirus is hurting the US economy 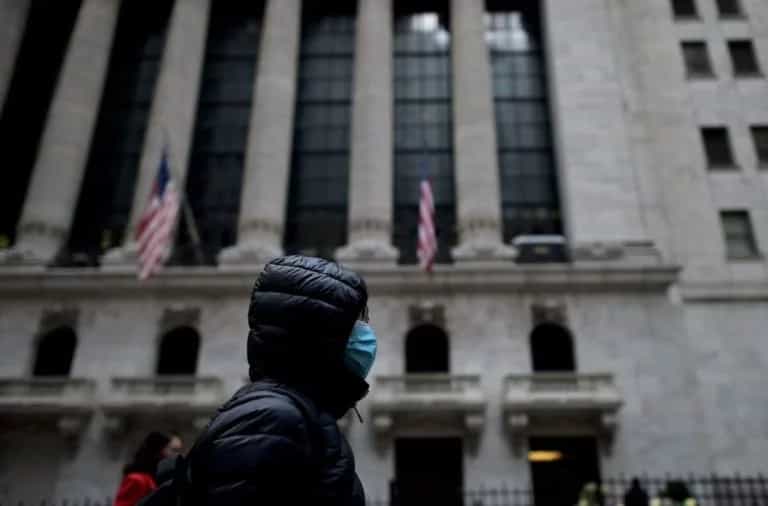 The US economy is on track to grow just 0.6% in February, while service activity drops to low levels for many years.

US economy is paralyzing, according to IHS Markit

The IHS Markit purchasing manager index (PMI) registered 49.4 in February on a scale where 50 separates expansion from contraction. The index decreased from 53.4 in January and is the first negative reading since 2013.

Manufacturing PMI also decreased from 53.4 to 50.8 in the previous month. This is the lowest in seven months.

Markit's PMI made up of services and manufacturing activity also contracted for the first time in more than six years, falling to 49.6 in February from 53.3 in January.

After a very robust start to the year, the US economy appears to be on the verge of contraction in February.

The company issued the following statement:

“With the exception of the government shutdown in 2013, US trade activity contracted for the first time since the global financial crisis in February.

The weakness was seen mainly in the service sector, where the first downturn in four years was reported, but manufacturing production also stopped almost due to a stagnation in orders. ”

The weakness in American production was partly linked to the current coronavirus outbreak, which affected everything from travel and tourism to exports and supply chains.

According to Markit, companies are restricting investment plans due to "concerns about a broader economic slowdown and uncertainty ahead of the presidential elections later this year."

The impact of coronavirus on American business is moderate compared to what is happening in China.

Hundreds of millions of people are under some kind of quarantine, affecting everything from labor productivity to consumer spending.

Inflation is rising and property sales are falling as a result.

Foreign manufacturers who depend on Chinese supply chains have reported major disruptions.

An Australian manufacturer of industrial equipment recently told the South China Morning Post that only 15% of its Chinese migrant workers returned after the prolonged Lunar New Year.

The economic impact of the coronavirus may be reflected in China's upcoming data releases.

On Monday, the Beijing National Bureau of Statistics will report on investment in fixed assets, industrial production and retail sales for the month of January.

Consensus estimates on the data have not yet been collected, according to FXStreet.

The most recent official data show that almost 77,000 people have been diagnosed with coronavirus. The death toll rose to 2,248.