Home News How Babel Finance came to the brink of collapse for the second... 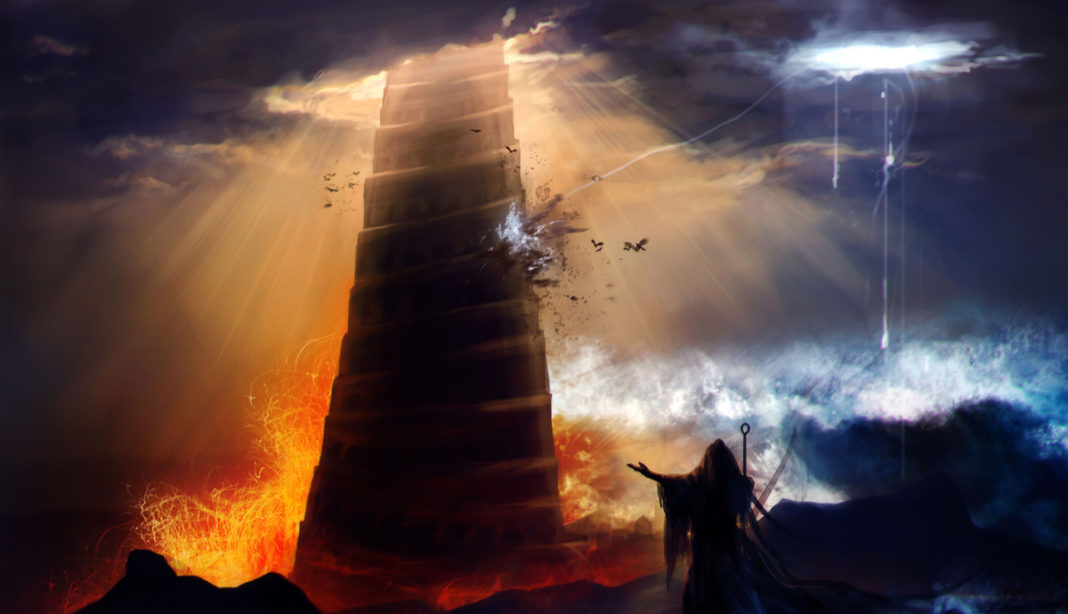 Heraclitus, an ancient Greek philosopher, once said that “you cannot step into the same river twice”. But it became evident that Babel Finance, which has just completed a funding round and is valued at $2 billion, has entered that river again.

On March 12, 2020, Babel Finance was on the verge of bankruptcy due to its high-risk operations; Tether’s indulgence and market recovery helped to save it.

As early as June 17, 2022, Babel told its partners that the company was insolvent and would suspend product redemption and withdrawal features on its website. Babel Finance was becoming the third crypto financial management company on the brink of collapse, after Celsius and Three Arrows Capital (or 3AC).

Unlike last time, however, there is now no savior anymore as Tether claims it is no longer working with Babel. And the crypto market slump could continue until the end of the year.

Like 3AC, Babel Finance began selling its holdings in an attempt to increase its liquidity. But that didn’t work in the context of the fall. How exactly did the problem happen this time? This will still be investigated in the future.

After March 12, 2020, Babel was believed to have strengthened its risk control. She became much more discreet in terms of behavior.

In 2021, the company had finalized a “series A” financing – an amount granted to a company that already demonstrates growth and revenue potential – of US$ 40 million, with the participation of large institutions such as Animism Capital (a fund of early stage of Boyu Capital), Sequoia Capital China, BAI Capital, Tiger Global Fund, Dragonfly Capital and so on.

On May 26, 2022, Babel announced the completion of its $80 million “series B” funding round — when a company achieves certain goals and is no longer in the initial stage — of $80 million, becoming a “unicorn”, with a valuation of $2 billion.

The press release on the financing claimed that the outstanding loan balance had reached more than $3 billion at the end of 2021, derivatives trading volume averaged $800 million per month, and issuances of structured options products exceeded $US. $20 billion.

With many famous venture capitalists involved, how do you think they’ve done the research? Did they not read our article* and simply did not understand the high risks involved in this model or did they also feel that “you cannot step into the same river twice”?

A miner stakes 100 BTC to Babel and Babel lends the miner between 50% and 60% of the lifetime value (or LTV) of the 100 BTC USDT equivalent, in accordance with the staking loan terms, at an annualized rate of interest between 8.88% and 15%.

Babel stakes the 100 BTC to institutions such as Genesis, Tether, BlockFi, and OSL, and borrows USDT, which in turn is loaned to miners. Babel controls risk on both sides.

The overall LVT for the staking rate for the interinstitutional foreign loan ranges between 71% and 100% and the annualized interest rate is between 6.6% and 8% (market interest rates change from time to time and the most common rate in the last year it varied between 8% and 9%).

Furthermore, it became evident that if only the “spread” (the difference between the expected price and the obtained price) is earned, the profit will be very low, so this is not Babel’s true business model.

Babel adds leverage to its own funds, collateral from its users, and funds obtained from other financial products. The company can use 10% to 50% of the users’ guarantee. For example, if you stake 1 BTC on Babel, then 0.1 to 0.5 BTC will be withdrawn by Babel in exchange for USDT.

If BTC rises, Babel profits from the increase multiplied by the leverage multiple. Babel tells foreign institutions that loan clients are miners, so the risk is low, in exchange for low interest rates and high staking rates (the LTV).

Basically, Babel’s business model does not rely on loan spreads, but on increasing low-cost capital leverage to profit from growing bitcoin. Then the company started buying a small number of put options to protect itself and the business model became more diversified, like the capital management business.

Although most loan companies use collateral from their customers, Babel has the most leverage. The risk of this transaction is that if the price of bitcoin drops drastically, Babel will be unable to withstand the risk due to its high leverage and low reserves, resulting in liquidation.

The terrible night of March 12th

The price of BTC dropped sharply that day and Babel needed to raise bitcoin to increase the margin. But Babel’s money was stuck in several high leverage trades and there was no BTC to cover the position, so a default was formed for Tether, BlockFi, OSL and other institutions.

That night, Wang Li, co-founder of Babel, had told everyone that the industry was extinct.

If Tether had chosen to terminate its position at the time, then all of Babel’s bitcoin, as well as its users’ collateral, would have been lost. OSL chose to close out its position, but for a relatively small amount.

In that moment, Tether gave Babel a chance at survival, by choosing not to close out its position, allowing it to have a month to raise funds (usually, only 48 hours left to cover the position).

Next, Babel quickly launched a financial option product with a return of up to 50%, raising over 2,000 BTC. Meanwhile, Babel liquidated some users and got their guarantee of around 3,000 to 4,000 BTC, giving Tether a small amount daily to cover their positions.

The good news is that as prices rose rapidly in the aftermath, Babel was free of the leverage vortex and even managed to make quite a profit again, sponsoring many later events and launching new businesses such as mining pools.

When looking at March 12th, if Tether hadn’t given it a month, if BitMEX hadn’t experienced a downtime (which prevented bitcoin from continuing to fall), and if the market hadn’t recovered immediately, Babel would have flat broke-bankrupt.

Afterwards, Babel was questioned abroad. BlockFi, OSL and Tether suspended their partnership with Babel and the only one still supporting it was Genesis. Previously, BlockFi gave Babel a 1:1 LTV with a high level of trust.

One explanation in Babel’s favor is that the company preferred to default alone during March 12 to protect its customers from liquidation. But there is evidence that more than 3,000 to 4,000 BTC were liquidated by Babel customers at that time.

Basically, Babel is still betting its fate on Tether, believing that the crypto world’s central bank will surely grant time and fill the deficit by printing unlimited money for the good of the industry.

In response, Tether has not yet responded to the WuBlockchain and there are suspicions that it is concerned that this action could present legal risks if other creditors also demand an extension.

Babel claims to be a commercial bank, but it does what funds and asset managers do. Babel is transforming and starting to focus on the asset management business.

Highly leveraged investments are common in the crypto world and Babel’s three to five times leverage does not appear to be high compared to users who can implement strategies ranging from 10x to 100x. But a problem with the Babel model is the possibility for users and founders to be aware that Babel is operating with high leverage.

Until now, the vast majority of them do not know this. Few people vaguely guessed. Babel executives also admit that their funds and those of users are mixed up and almost impossible to tell apart.

The company once promised: “Babel Finance has pursued security and transparency since its initial creation, manages its collateral through multi-signature wallets, never unilaterally uses user collateral for transactions, and completely eliminates collateral damage. for market reasons”.

The word “one-sided” is intriguing. In the contract between Babel and the customer, there is only one short sentence for the guarantee: “The lender must properly keep the guarantee and its related documents”. There are reports on Babel that customers can promise not to use the collateral if they are willing to accept a higher interest rate.

Recently, Babel was still offering loan services to customers at low rates of 6%, so what is the purpose of such a money-losing loan? Babel has chosen a high-risk, high-profit model and currently also provides unsecured credit loans to many quantitative teams and others that can further increase risk.

However, this expression is not an anomaly. In creditors, there is rarely someone who does not completely divert the guarantee from its users. It’s become almost a consensus that it’s just a matter of leverage and exposure (degree of risk) to make money on collateral. Amber, for example, also uses the guarantee of users in quantitative trading.

March 12, 2020 taught Babel a great lesson. It started to buy more option in the market to protect itself while extending credit to a huge number of institutions as well as increasing its own funds and reserves.

In an unregulated industry, some think that perhaps Babel is the smartest, as it uses capital the best.

However, others believe that Babel is doing something like stealing Peter to pay Paul. It’s like a dot-to-dot model: It needs to be very delicate to keep the balance. If one link in the chain breaks, the entire company may go bankrupt.

In a rational way, compared to other companies like Cobo, Poolin, Matrixport and renrenbit, Babel doesn’t have a big supporter. The founder of Babel started from scratch and had no choice but to get here. One crypto entrepreneur said that if it were him, perhaps the industry will have to emulate the high-stakes Babel model.

Babel’s beginnings were closely tied to Poolin’s mining pool, but the two parties subsequently discontinued their cooperation and Poolin started its own financial services business.

Colin Wu is a Chinese journalist known as Wu Blockchain. He is a reference when it comes to covering the Chinese cryptocurrency market. Through a blog and a profile on twitterhe daily covers the behind-the-scenes of the contentious relationship between China and bitcoin.

*Translated by Daniela Pereira do Nascimento with permission from Wu Blockchain.