Home News Hired by Binance, Meirelles announces support for Lula and could become the... 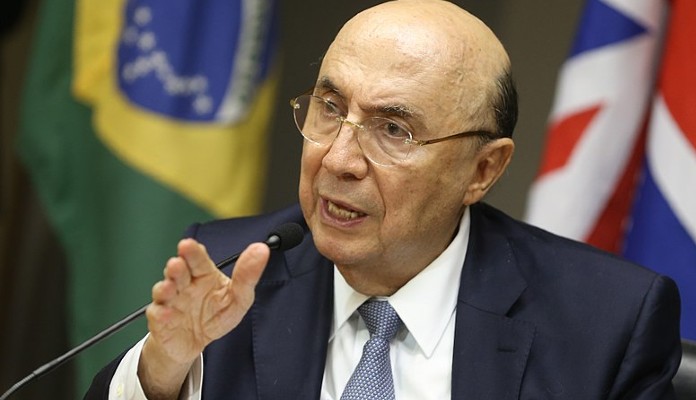 Former president of the Central Bank and recently announced as a member of the global advisory board of Binance, Henrique Meirelles announced this Monday (19) public support for the candidacy of Luiz Inácio Lula da Silva (PT) for the presidential elections that take place on the October 2 in Brazil.

With the confirmation of support, he aroused assessments in the cryptocurrency market that he could act as an interlocutor between the brokerage and the political world in a possible new government of the former president, who leads the polls of voting intentions.

According to sources, the prevailing view of industry executives is that he could be a kind of “ambassador” for Binance, which has a direct interest in issues that depend on political proceedings, such as the Cryptocurrency Law, which is waiting to be voted on by the Chamber. of Deputies.

“[O apoio] It could be something positive for Binance’s interests. Meirelles will always have open doors in a Lula government and Binance would win a great ambassador there”, says a source who follows the backstage of Brasilia politics.

In the opinion of this source, even in the event of a victory for President Jair Bolsonaro (PL) there was still room – albeit smaller – for the former Minister of Finance to act. “Meirelles remains very well respected by various government bodies”.

However, the source points out that any decisions on the regulation of cryptocurrencies will have to go through the Central Bank – an institution that has independence for its operations, free from political interference due to the fixed term of its board, at least in theory.

A cryptocurrency market analyst agrees that the formal rapprochement between Meirelles and Lula represents “a cannon” for the exchange, but he makes a caveat: in his opinion, the former finance minister could be more useful to the exchange outside of an eventual government. Squid than inside. “If he accepts any position, he would have to detach himself from Binance first. Outside the government, he could circulate more easily in Congress and on the Plateau,” he says.

Paulo Boghosian, co-head of TC Cripto, in turn, states that the approach “is an important move both for Binance and for the cryptocurrency industry as a whole. But I think that in terms of regulation, what will weigh more are the economic guidelines of the future government as a whole, rather than an individual name”. In this sense, he says he believes that an economic team with a more liberal profile, such as the current one, would be more suitable for the development of the sector.

An executive who holds a leadership position in the cryptocurrency sector, however, sees a low relationship between Meirelles’ political support for Lula and the interests of Binance. “It seems like a natural movement to me. Meirelles was a prominent member of the Lula government. I think they will keep things separate,” he says.

Henrique Meirelles was president of the Central Bank of Brazil during the eight years of Lula’s government, between 2003 and 2010. During Michel Temer’s presidency he was Minister of Finance and in 2018, he was a candidate for the presidency by the MDB.

More recently, the economist was hired by Binance to serve on the company’s global board. The politician went to Paris and met the company’s CEO, Changpeng “CZ” Zhao.

Support for the former president

Meirelles’ support for Lula was made explicit this Monday (19) through a meeting between the PT member and several other politicians who have already been candidates for the presidency. His deputy, Geraldo Alckmin (PSB), Fernando Haddad (PT), Guilherme Boulos (PSOL), Cristovam Buarque (Citizenship), Marina Silva (REDE), Luciana Genro (PSOL) and João Goulart Filho (PC do B) were present. .

wanted by Bitcoin Portal, Henrique Meirelles sent a statement in which he states that “Throughout my life, I have always based my decisions on facts. I worked in the Lula government for eight years, from 2003 to 2010, invited to head the Central Bank. In this period, more than ten million jobs were created in Brazil. This is an indisputable fact.”

Next, he lists several economic numbers, without mentioning the issue of Binance. He goes on to say that “this gibberish story may impress a lot of people, but I believe in facts. I look and see the results.” And he concludes: “This made me participate today in the Lula support event with tranquility and confidence, because I know what works and what can work in Brazil”.

In an exclusive interview with Bitcoin PortalHenrique Meirelles revealed the behind-the-scenes of his hiring and spoke about the plans for action with the brokerage in Brazil, especially about what he calls “our dialogue with the Central Bank” – although he states that he still needs to study the Bill that regulates the cryptocurrencies in Brazil, currently awaiting a vote in the Chamber of Deputies, to assess how to make more concrete proposals.

He says that the brokerage company intends to “lead the self-regulation process, with systems involving technology that mainly ensure the analysis of the origin of the money”, referring to the control processes to prevent illicit acts such as money laundering.

Meirelles reveals that contacts with the exchange began with a recent trip to Paris, where he received a two-day crash course on cryptocurrencies directly with Changpeng “CZ” Zhao, the exchange’s CEO. Meirelles claims that the brokerage’s creator led the exhibitions and that both were close during the event.

“Yes, I met him [CZ] in Paris. He did the introductions over the two days and at dinner he asked me to sit next to him so we could talk more,” he said.