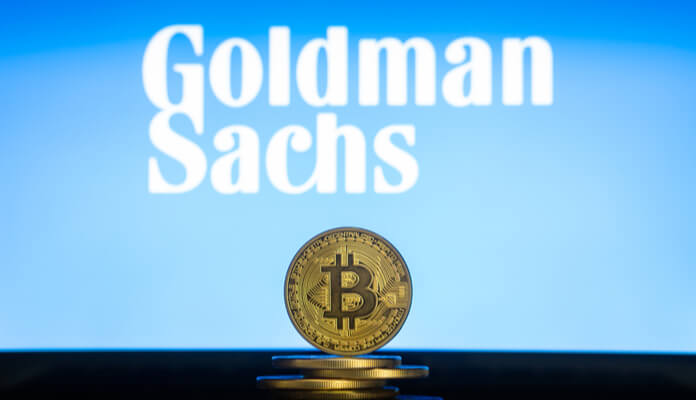 "As activities in these areas (cryptocurrency, blockchain and digitization of money) progress, there will be significant disruption and a change in the way money moves around the world," he said.

"There is also a significant focus on cryptocurrencies like Bitcoin, where the trajectory is less clear as market participants evaluate its possibility as a store of value," he added.

The CEO's comments echoed what he said earlier this month: that the bank's customers are interested in Bitcoin, but clearer regulation is needed for the company to operate in this market.

Goldman Sachs is eyeing digital assets. It plans to offer Bitcoin investment products to its wealth management clients and recently announced the reopening of its cryptocurrency trading desk.

But regulation in the US is slowing things down. "Of course, we need to operate within the current regulatory guidelines," continued Solomon.

The CEO added that the bank "will play a role in these innovations, as they are important for our customers and for the future of global financial systems".

Solomon also mentioned CBDCs. A CBDC is a centralized digital asset, controlled by a government or central bank, that wants to improve the functioning of native fiat currencies, such as the US dollar or the Japanese yen.

Countries are in different stages of producing a CBDC. China is already testing a digital version of the yuan, but the United States is still behind; the US Central Bank said it is not yet close to making a decision on launching a CBDC.

Solomon acknowledged the importance of such technology, saying that central banks around the world were examining CBDCs to calculate the "long-term impact on global payment systems".