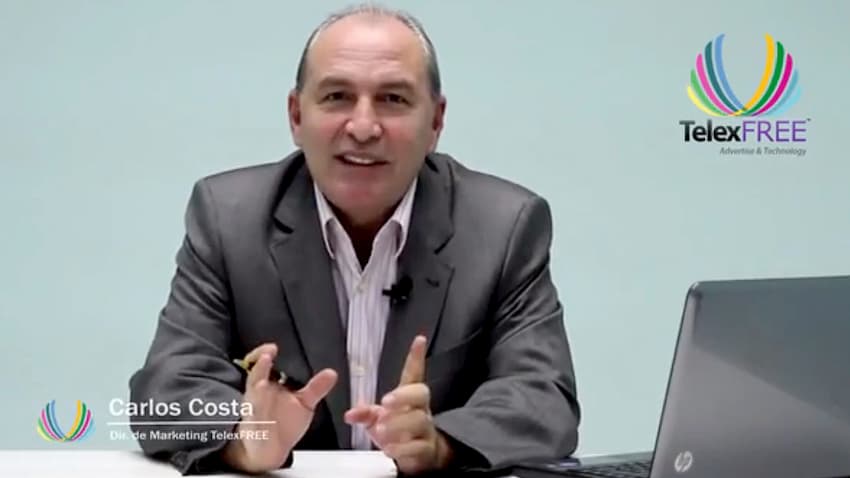 Carlos Costa was a partner at Telexfree, and ended up being preventively arrested for this venture. But that doesn't seem to have stopped him from trying to launch a new multilevel marketing company, Pipz.

Telexfree was considered by the courts as a financial pyramid, and ended up with Carlos Costa and his partner Carlos Wanzeler arrested during an investigation by the Federal Police last year.

Police said there were indications that they were hiding Telexfree funds by purchasing real estate on behalf of others.

Telexfree was a multilevel marketing company that started in 2012 and had internet phone packages as a product, however the business model was structured like a pyramid, generating income through new investors paying the old ones.

The number of injured investors exceeds 1 million, and the debt left was 2 billion reais.

“Multilevel marketing without referring anyone”

It is exactly with this call that the new company Pipz announces itself, in a video that was originally published on the old Telexfree Facebook page.

Despite the already deemed financial pyramid having disclosed Pipz, which ended up making it known as a new telexfree, the company clarified to UOL that “the videos on the Telexfree page about Pipz were erroneously published by the marketing sector”.

On the Business Model page, you can see two options for entering the business, one free and one paid. If you are willing to pay, you can win the bronze, silver or gold kit.

With the gold kit, and reaching 5 levels of purchases, it is possible to earn more than half a million reais.

Throughout the image you can read in small letters in the right corner “This simulation does not represent a way of easy gain!”.

What the expert report says

It is interesting to note that the company anticipated the financial pyramid suspicions. She obtained an expert report from the Espírito Santo Court of Justice saying that "there is no way to frame this practice as being a financial pyramid or similar to a ponzi scheme".

While this article is being written, the direct marketing company Pipz has a score of 1.6 in Reclame Aqui and the status of “Not recommended”.

The Securities and Exchange Commission (CVM) apparently has not yet commented on the company.