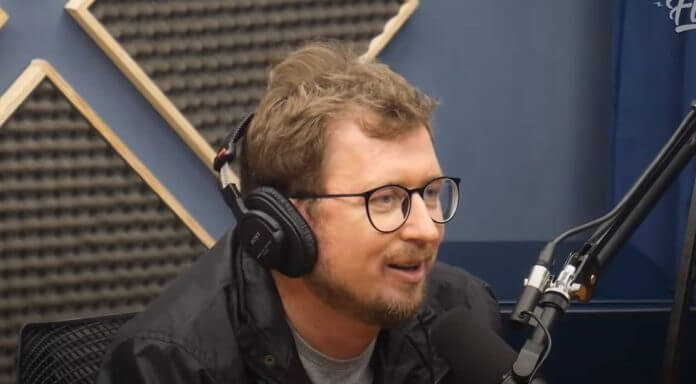 Leandro Narloch, a former CNN journalist, reported on Tuesday (23) his victories and defeats in the cryptocurrency market during the 208 edition of the Flow Podcast, presented by youtubers Monark and Igor 3k.

According to him, after profiting R $ 1 million from the valuation of Bitcoin (BTC) and Ethereum (ETH), bought in 2014, he decided to bet again on BTC three years later. However, after a while, he ended up losing a good part in Atlas Quantum, which he did not hesitate to call "pyramid".

“I took some money and bought it. And then it worked very well. But then I lost because I was in that Atlas Quantum, which was a pyramid, ”he said.

He tried to explain the case of the disappearance of bitcoins that the company claimed. At the time, after a range of withdrawal requests – generated by the suspicion of an alleged arbitration robot -, Atlas CEO Rodrigo Marques said that the bitcoins were stuck in foreign brokers.

“I don't know if it's a lie; even today I don't know what happened, ”said Narloch. "There was a lot of money there, the guys had advertisements in the Jornal Nacional," he added.

During the conversation, Monark talked about the valuation of Bitcoin amid the coronavirus epidemic. Narloch then showed his views on cryptocurrency.

“People say it is a risky investment that is not a store of value… It is true, it is very volatile. But, fuck, you invest in Real! ”, He said with a laugh.

The crypts of Leandro Narloch

While studying in England in 2014, Narloch said he read an article about ETH and became interested in cryptocurrency.

According to him, a while later he remembered the cryptocurrencies and decided to consult.

After calmly, he decided to invest half the value in Bitcoin and leave the rest in the same place. As he detailed, the result was more surprising.

“So I won R $ 1 million with expensive business; it was bizarre. I sold each one for 600 dollars, it was very crazy ”, he said, leaving the presenters gaping.

Leandro Narloch was one of the people who had his data on Atlas Quantum leaked about two years ago.

At the time, a hacker broke into the company's system and leaked both Bitcoin and identity information to 264,000 customers. The journalist at the time had 21 BTCs on the platform.

According to a list of withdrawals obtained by the Bitcoin Portal last year, Narloch attempted to withdraw 5.5 BTC and 0.4 BTC in October of that year. But he did not succeed. At that time, Atlas already had problems and both withdrawals were canceled.

The end of Atlas

Last month, it completed a year of what would be the beginning of the end of Atlas, with the ban on the Securities and Exchange Commission (CVM).

What was sold as an opportunity to make a lot of money, in fact, was never more than a house of cards falling apart.
Remember the most important moments of the company's crisis by clicking here.