Home News Flamengo debuts in the world of NFT games 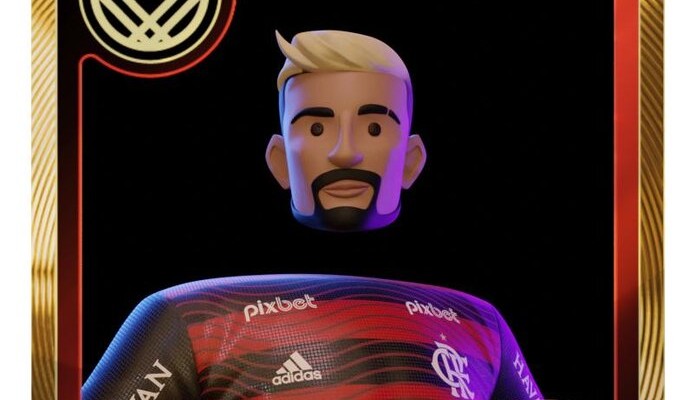 In addition to the Flamengo packages and the other clubs that will be in the game, the player also has the possibility to buy the Futster package, with cards from fictitious athletes.

Flamengo’s vice president of Communication and Marketing, Gustavo Oliveira, celebrates the club’s adhesion to the game:

“Flamengo is always attentive to market trends to seek the best partnerships for the club and meet the wishes of our fans. We are very excited about this new project and we are sure that Nação Rubro-Negra will enjoy this new product a lot”, said the leader.

“Futster is inspired by the Brazilian passion for football and clubs are a fundamental part of that. It is for them that the fans go to the stadium, celebrate. The partnership with large institutions makes the game even more interesting, giving the user the chance to play with real clubs and athletes. The game will have constant updates and more news will be announced in the coming weeks.”

Bruno Natal, creative director of the game, comments on the combination of sticker albums with technology:

“Futster combines the fever of sticker albums and the appeal of games, digitizing the collecting experience. In addition to being beautiful, collectible cards are fundamental pieces in a football game based on scaling teams and drawing up the best strategy for your team.”

The packs, which contain three collectible cards, are available in the Lowland, Favorites, Champions, and Idols categories. Cards are divided into six levels of “rarity”: Simple, Common, Uncommon, Rare, Pro and Legend.

In the pre-sale period – which runs until October 11th or while the packages last –, the Favorites and Champions categories will have a 50% discount and the Idols category will have a R$ 200 reduction in relation to the original price.

Considering these specifics of each package category, all cards are distributed randomly. In total, 26,000 Favorite packs, 13,000 Champion packs and 635 Idol packs per club will be on sale.

Cards purchased exclusively on pre-order will be special to mark the launch of Futster and, in the future, will give access to in-game experiences. Later, there will also be a type of card that will not be available in pre-order yet, the Unique card. These copies, with a print run of only one unit, will have more prominent athletes and will only be won through auctions on the Futster platform.

To buy the packs, you need to enter the game’s website, access the club or Futster store and choose the category you want.

In Futster, a football manager-style game, it is possible to collect cards from athletes and clubs in Brazilian football and also fictitious ones, being able to assemble teams, play matches and participate in championships against other users, in addition to trading cards and accessories in a marketplace — where the packages launched this Friday are already on sale.

Victories generate rewards for the player, such as game tokens and new cards.

The Futster player must make the best combinations of athletes to form their teams, considering that the matches unfold by artificial intelligence, with bids based on the combinations of each athlete’s skills and characteristics.

Futster is built on blockchain technology. NFT cards and game tokens are generated on Polygon, the second layer of the Ethereum network that guarantees scalability and efficiency to transactions, without compromising the security and decentralization of the blockchain.

The tokens follow the ERC-721 and ERC-20 standard, so they are safe and easily tradable. The Futster token will be available 30 days after the game’s public release. Users who play before launch will receive airdrops based on their achievements.