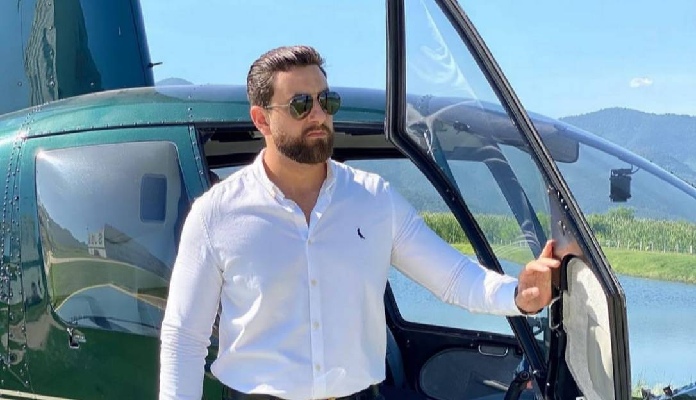 On Tuesday (12), in São Paulo, the Federal Police arrested the arm of Glaidson dos Santos at GAS Consultoria, Michael de Souza Magno, who was considered a fugitive from justice. Known as the “celebrity broker”, the husband of actress Juliana Kelling, from soap operas by Record, is one of those investigated in an alleged case of financial pyramid with cryptocurrencies.

Michel Magno was located and detained by agents of the Police Office for the Repression of Farm Crimes of the PF Superintendence on Castelo Branco Highway, aboard a Jaguar, near the municipality of Araçariguama. Without disclosing names, the Civil Police of RJ released a note of the occurrence and a video of the moment of the approach. The Metrópoles portal released the other information.

Earlier this month, 17 defendants became defendants in court. Like Michel, five suspects are still at large, including Glaidson’s wife and likely mentor of the GAS Consultoria scheme, Mirelis Diaz Zerpa. Excerpts from the complaint accuse the couple of having promoted, constituted, financed and integrated a criminal organization preordained to the practice of crimes against the financial system, against the tax order and money laundering.

Operation Kryptos, in its initial phase, seized suitcases of money on helipads and made taps of the owner of GAS Consultoria, ordering journalists to be arrested. Until then, the PF’s last action in the case took place at Michel and Kelling’s house. The actress, who is not one of those indicted in the case, resisted handing over a cell phone on the day the police visited the couple’s residence, in Alphaville, earlier this month.

On the other hand, Michel is part of a group suspected of crimes against the financial system and participation in a criminal organization. He is appointed as one of the major operators of GAS Consultoria.

The deal consisted of offering investments in alleged operations with cryptocurrencies whose promised yield was around 10% a month. CVM saw signs of crime against the popular economy and denounced the company to the Public Ministry, which proceeded with the process.

GAS Consultoria stopped paying its clients, alleging impossibility due to the fact that the Court ordered the blocking of R$ 38 billion in company assets. On September 15, the Federal Public Ministry (MPF) announced that it had authorized the sale of R$ 150 million in bitcoin seized from Glaidson.

Operation Kryptos was triggered as a result of complaints from the CVM and the Public Ministry. On his first raid, he found several suitcases of cash, luxury cars, jewelry and 591 bitcoins in Glaidson’s house. Last month, the court denied the former waiter’s request for habeas corpus for the second time.

According to a G1 publication, several clients of GAS Consultoria de Campos dos Goytacazes (RJ) filed suit against the company as a request for termination of the contract and refund of money. A group represented by the lawyer Jefferson Almeida made investments between R$ 5 thousand and R$ 20 thousand, the report points out.

According to Almeida, says the website, the number of lawsuits against GAS could increase due to the demand for its services. Another lawyer, José Paes Neto, calculates that, throughout the state, there are already 240 cases against the company, concluded the G1.