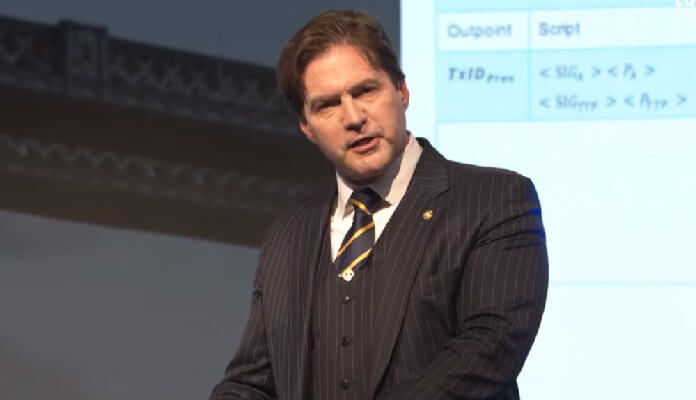 Australian and computer scientist Craig Wright, who for years claims to be the creator of Bitcoin (unable to prove it), this week mobilized lawyers at the Ontier office to ask for the withdrawal of the white paper written by Satoshi Nakamoto from the Bitcoin.org and Bitcoincore websites. org. Claiming copyright, he also invested against Square, a company founded by Jack Dorsey, the CEO of Twitter.

"Yesterday, both Bitcoin.org and Bitcoincore.org received allegations of copyright infringement of the Bitcoin whitepaper by lawyers representing Craig Steven Wright," says the Bitcoin.org publication on Thursday (21), signed by the developer and owner of the site, Cobra.

The following day, Coingeek released a copy of another Ontier subpoena, this time for Square, in which Jack Dorsey, Twitter's CEO, is a co-founder. A declared fan of Nakamoto's work, Dorsey has yet to comment.

Cobra, who did not comply with the request and harshly criticized the Bitcoincore.org developers, who removed the white paper from the platform. "Unfortunately, without consulting us," he wrote.

"By surrendering in this way, the Bitcoin Core Project lends ammunition to Bitcoin's enemies, engages in self-censorship and jeopardizes its integrity," said Cobra, adding: "We believe these claims are without merit and we refuse to accept them. ”.

“Satoshi himself uploaded the white paper to bitcoin.org. There are also links on millions of pages and it is cited in thousands of academic articles. Removing it would be a betrayal of his legacy. This is never going to happen", tweeted.

He concluded by arguing that the white paper was included in the original files of the Bitcoin project clearly published under the MIT license by Satoshi Nakamoto. "We believe there is no doubt that we have a legal right to host it," he added.

Since 2016, Craig Wright has claimed that he is the creator of Bitcoin, although he has never provided hard evidence to justify what he says. Until he proves otherwise, he will continue to be seen as the ‘fake inventor of Bitcoin’.

So far, countless people have publicly claimed to be Satoshi Nakamoto; Jörg Molt, Bilal Khalid and Debo Guidos have also copied Craig Wright. The Australian, however, was the one who went further and started to turn around as soon as possible and prepare alleged tests.

Who is Satoshi Nakamoto

Who the real Satoshi Nakamoto is, however, remains a mystery; It can be one, it can be many. However, whoever had the brilliant idea – which until today has worked very well, will have to prove it, and a lot. There are several actions that can be taken by the real author of the white paper, and this has not yet happened.

The white paper, of few pages, summarized what Jack Dorsey called ‘poetry’; For him, Nakamoto's article is one of the most important works of computer science in the last 20 to 30 years. The article, published on October 31, 2008 under the title 'Bitcoin: A Peer-to-Peer Electronic Cash System', has also garnered praise from Elon Musk: "Intelligent".

As for Square, the Ontier office asked to remove the white paper from its Twitter accounts @Sqcrypto; @Square; @SquareUK. The document was shared by the Coingeek website. Meanwhile, Craig Wright is taking the lead in registering trademarks and patents, but proving that he created Bitcoin, nothing.

Cobra even took a chance: “Satoshi Nakamoto has a known PGP public key, so it is cryptographically possible for someone to verify that it is Satoshi Nakamoto. Unfortunately, Craig was unable to do that. ”

On his personal website, craigwright.net, he presents himself as “Creator of Bitcoin – Satoshi Nakamoto”. On the Social Science Research Network (SSRN) platform, dedicated to academic articles, Craig Wright appears as the author of the Bitcoin white paper.

The publication date is August 22, 2019, that is, less than two years and 12 years after the creation of the Bitcoin network.

At the World Intellectual Property Organization (WIPO), Craig Wright has already filed dozens of patent applications for the Bitcoin and Blockchain brands.