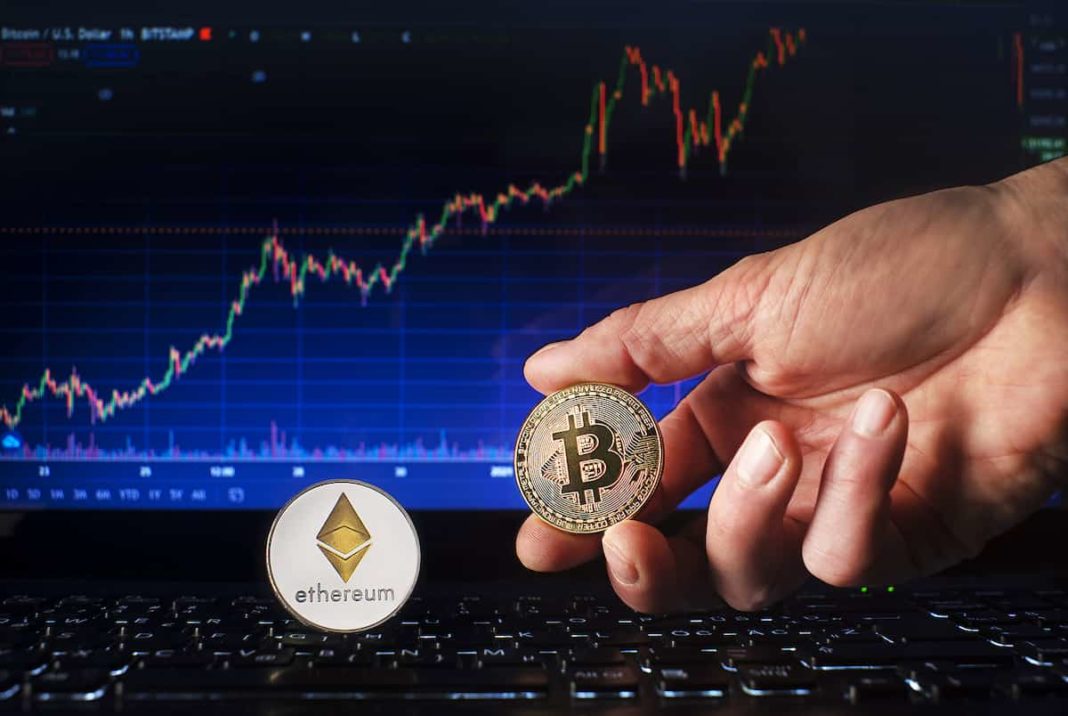 This Tuesday (23), the volatility of the cryptocurrency market did not drive away or scare off long-term investors from Bitcoin (BTC), according to the latest report by the American brokerage Kraken.

Altcoin CRO continues to play an upward trajectory. Meanwhile, in the Brazilian market, As Brazil’s debt and fiscal trajectory flirts with a downward spiral, the FOCUS report showed important shifts in market expectations.

Check out all the news that will influence your portfolio in today’s Market Summary.

“Indicators show long-term investors very confident,” according to an analysis

In another volatile 24 hours, bitcoin peaked at nearly $3,000 in minutes before heading vigorously south to retest $55,000. Currently, the crypto roller coaster has parked at US$57,336 – R$320,384 at the main Brazilian brokers, according to CoinGoLive.

During the month of September and October, reports and analysis pointed out that the supply shock from the BTC and ETH had driven new price highs. However, data from the network suggested that the market was not yet overheated.

Now in November, according to the Kraken brokerage report, the flow of bitcoins out of brokerages will continue to put pressure on the supply of coins.

“On-chain indicators such as ETH’s MVRV Z-Score and BTC’s Reserve Risk indicate that both cryptocurrencies are far from being considered ‘overbought’ or ‘overvalued’ in the market. What’s more, both indicators show long-term investors very confident”

, they said in a report.

The volatility didn’t bother crypto investors as everyone was entertained by the bitcoin conference taking place in El Salvador right now.

During the conference, President Nayib Bukele announced plans to build an entire city based on Bitcoin, Bitcoin City.

The city will be built in the eastern region of La Union and will receive geothermal energy from a volcano. As such, the president has promised that he will produce zero emissions and not levy many taxes.

He added his megalomaniac plans for the city that will be circular – similar to the cities founded by Alexander the Great – but will also have an airport, residential and commercial areas, and a central square that should look like the BTC symbol seen from the air.

You can better understand how this initiative will be funded, which will be supported by Blockstream Adam Back and iFinex – the company behind Tether (USDT) and Bitfinex. Understand: El Salvador has announced that it will issue Bitcoin-linked debt.

Before starting to discuss Brazilian economic data, we need to make a brief mention of an important monetary policy decision by the US president.

President Joe Biden’s decision to keep the command of the Fed under the direction of Jerome Powell is seen by the market as a safer path. Due to the scenario abroad, the S&P 500 ended the day with another historic high.

The American currency is now traded at R$ 5.59. Returning to the national scene, then, we realize that the real continues to weaken.

According to the analysis already published by the American bank Wells Fargo, the Brazilian currency tends to weaken. “Although the fiscal rule may be intact for the time being, we continue to believe Bolsonaro will seek to further improve cash transfers as the elections approach.”

“As Brazil’s debt and fiscal trajectory worsens over time, we believe financial market sentiment could turn negative towards Brazil and the Brazilian real,” say Bank economists.

Avalanche, which has been among the top performers lately, is down 4% on a daily scale. As a result, AVAX trades below $130.

In contrast, Crypto.com’s native token has increased again by 15% and is now above $0.75. Elrond also continues to set new records, the most recent reaching $540 this morning.

According to CoinGoLive, the market capitalization of all crypto assets is around $2.69 trillion on Tuesday.