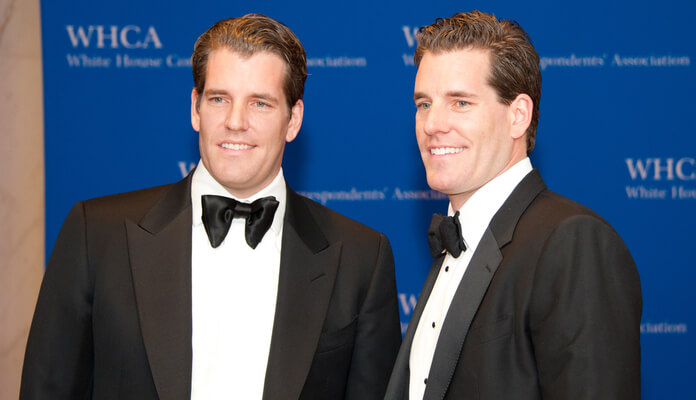 Bitcoin pioneer billionaire Tyler Winklevoss said this week on his Twitter profile that ethereum (ETH) is priced 51% below its historic high, which he said is a rip off.

Because of this difference, according to Tyler, cryptocurrency has a lot of space to appreciate.

Tyler's twin brother Cameron Winklevoss also praised the cryptocurrency. On Thursday (31), he said in the Twitter that many financial advisers who have advised their clients not to buy ethereum are likely to have difficult conversations with them at this time of high.

As of Friday (1), Cameron recalled that ETH was the asset with the best performance in 2020, registering an increase of 450% over the year. He also said that he bet on the currency.

Santiment, a crypto analysis company, published on Twitter that the optimism regarding the digital asset is due to some factors.

One of them, according to the company, is the number of whales accumulating the cryptocurrency, which shows confidence among long-term investors with high capital.

It is worth remembering that, in addition to whales, retail investors are also betting on cryptocurrency. The number of addresses with ethereum reached 51,491,730 at the end of December, 48% more than in January last year.

The February launch of ethereum futures contracts – announced last month by the CME Group – also helped to make investors and analysts optimistic. CME Group is the largest derivatives exchange in the world.

Finally, the Ethereum 2.0 blockchain is also viewed favorably by investors from the crypto universe. Until the beginning of last month, as reported by the Bitcoin Portal, the network had 1 million ETH’s locked