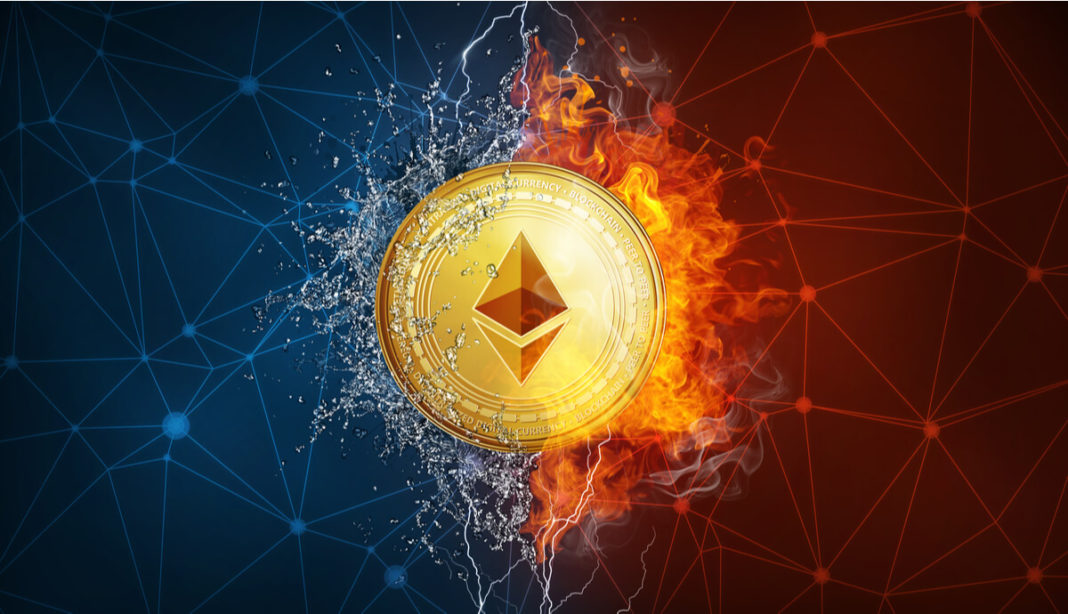 Ethereum, the network of autonomous contracts that Su Zhu, founder of Three Arrows Capital, publicly criticized this week for prioritizing profits over people, has burned 1 million ETH since an update to the protocol in August.

That’s nearly $4.3 billion worth of cryptocurrency, which was taken out of circulation and destroyed (although it’s no longer equivalent as it was destroyed).

In August, Ethereum developers updated the blockchain with EIP-1559, an Improvement Proposal to Ethereum that instituted a base fee: not for miners who validate network transactions, but for the network to take it out of circulation.

The change is designed to slow the token’s growth rate and boost its price while alleviating some of the worst elements of network congestion by increasing block sizes to include more transactions.

It has been somewhat successful on at least one of these counts.

Since the update in early August, the Ethereum network has issued nearly 1.5 million new ethers as rewards for miners.

However, it “burned” 1 million ethers collected in fees, resulting in a net emission of just half a million, according to data site Watch the Burn.

Aided by a drop in supply, the price of ether has soared from less than $3,000 to nearly $4,500 since the upgrade, according to website CoinGecko.

The second-largest cryptocurrency by market cap is trading at nearly $4,200 right now.

While bitcoin has managed to keep average rates below $5 every day for the past three months, Ethereum’s average rates have gone from $10 and skyrocketed to above $50 (charged on ether, of course).

Apparently, these numbers caused Zhu (who invests in Ethereum along with other tier-one blockchains like Solana and Avalanche) to reject the network last weekend (although he later said he had just gotten carried away).

“The idea of ​​standing still and doing nothing, watching the burning [de tokens] and plotting purity tests while none of the new entrants have the money to use the blockchain. It’s disgusting,” he tweeted.

This may be true, as high fees combined with the high price of the currency can drive away new Ethereum users. However, for those already in it, a burn is better than a total sale.