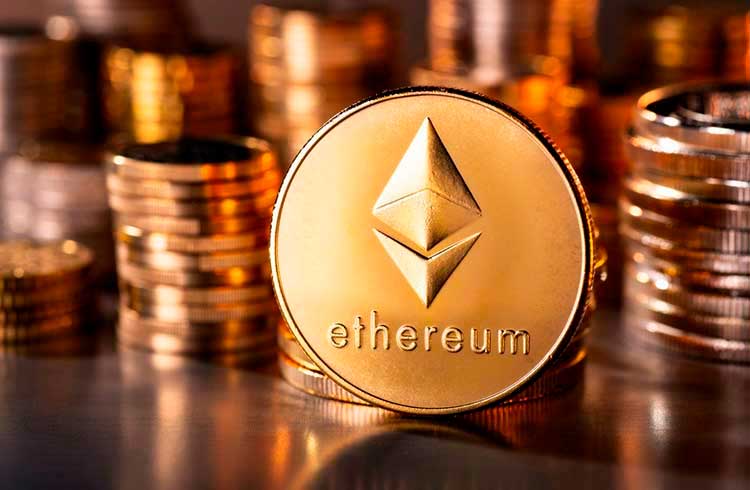 However, despite the correction, analysts believe the cryptocurrency may start a bullish rally in the coming months.

According to financial journalist Yashu Gola, Ethereum's weekly chart shows that this small decline is part of a broader bullish movement.

According to him, cryptocurrency is being traded upward in what appears to be a rising wedge.

This common pattern in technical analysis consists of two lines of upward trend, one linking the highs and the other linking the lows.

When analyzing the Ethereum chart above, Yashu Gola noted:

Following this reasoning, the analyst said that the cryptocurrency may go back to US $ 454 (about R $ 2,340). So, coinciding with the lower trend line.

Then, the crypto could attempt an early wedge break to test the $ 258 bottom line.

Another option, according to him, would be for Ethereum to recover to test the upper trend line again. But this time, the test would be around higher levels than the previous ones.

"A continuation of the upward trend could see the price of Ethereum reach at least $ 980 before eventually leaving the channel, dropping to levels as low as the maximum channel height (which is $ 156)," he concluded.

Also read: “Is it a good time to buy Bitcoin?”, Asks millionaire