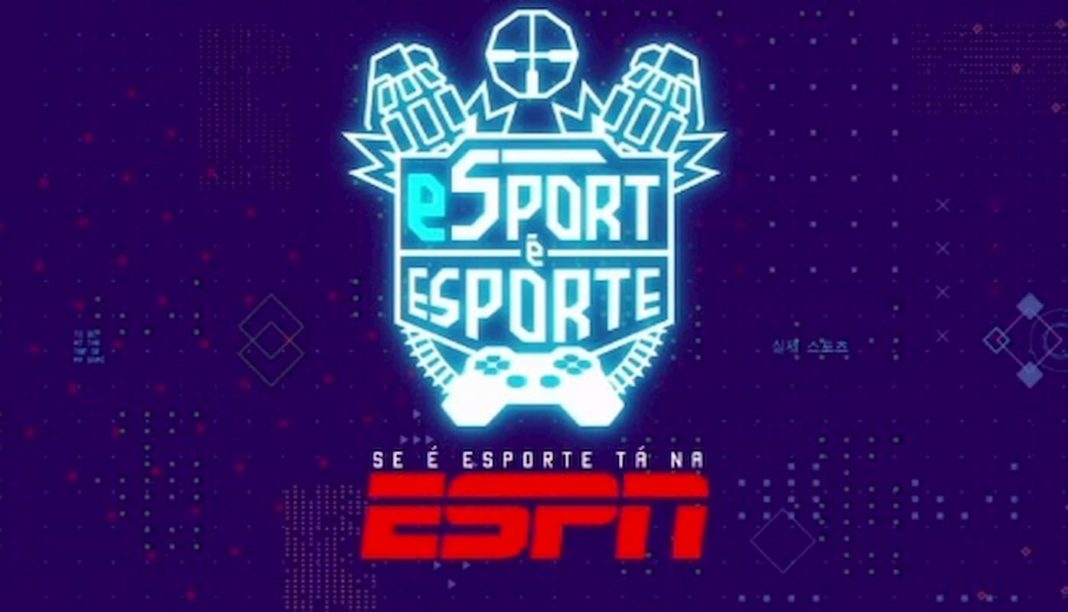 The international sports channel network ESPN recently announced via press release the announcement of its project with Bitcoin: “Future of E-sports – The Perfect Link of Online Games with Blockchain”, through ESPN Global Corporation, through the e- Sports mobile ESPN Global.

On the online platform, the E-sports Programming Network will bring a “variety of games, including battles and tournaments”, where players can place bets and win money. The system also has a “premium subscription”, which provides early access to games.

According to the ESPNGlobal official website, those who subscribe to the premium subscription system will receive 2 airdrops equivalent to the amount paid for registration, which can be spent on games and bets on the platform.

From the cryptocurrencies initially accepted on the platform, deposits and redemptions will be available for Bitcoin (BTC), Litecoin (LTC), Ethereum (ETH) and Ripple (XRP) using the CryptoPay system. In addition, this data will be available on the mobile device application.

“According to research by 3EA Limited, a global strategic management consultancy group, e-sports and online games are a $ 140 billion global industry driven predominantly by economies of digital microtransactions, which we believe will benefit immensely the integrity and resilience of Blockchain technology. ”

Chris Parker, one of the directors of ESPN Global.

In addition to the platform announced above, ESPN also announced its “$ 1 million puzzle game” with Bitcoin, the "Satoshi’s Treasure". Totally based on blockchain, it was created with Satoshi Nakamoto in mind, the pseudonym of the still unknown creator and “father” of Bitcoin.

"With this $ 1 million puzzle game, Satoshi’s Treasure, we are promising a bitcoin wallet laden with rewards whose keys will be divided into 1,000 fragments, sparking a global hunt for prize pieces."

Finally, Parker also stated the future plans for the integration and development of the platform, in addition to the development of future games on the blockchain: “Our Inc. intends to launch its IEO (Initial Exchange Offering) from our own SGT (Smart Gaming Token) based on ERC-20 platform ”.

“From the day we start our operations, we will give SGT gifts to all players registered as gifts. In addition, all players who lose money by participating in games or tournaments, their losses will be covered by our corporation and their ERC wallets will be credited with our SGT airdrops, which will be equivalent to their losses. ”

A promising year for the gaming industry

As we have already discussed in Video Game Industry Analysis: Are There Buying Opportunities?, So far, fiscal year 2020 is promising for most large companies.

Among the companies analyzed, Capcom was the one that came closest to Bitcoin, with both stalled at 31% growth at that time, something that ESPN can use as a parameter for the company's own growth.

With the pandemic keeping many still stranded at home, sales by many publishers began to enter new spikes, as did mobile and online games. Plague Inc. is one of the examples of games that got banned from so much success that it did in China, once the pandemic started to spread worldwide.

Furthermore, as mentioned by ESPN itself, many free games that rely entirely on microtransactions like Warface, from MyGames, have started to raise millions thanks to the increase in the player base in the pandemic. According to the company, the company's second quarter of 2020 saw a 46% increase in its revenue because of this.

At this rate, forecasts have come to state that the games industry will be worth about $ 250 billion by 2025, even taking into account that it is currently more profitable than the music and film industries combined.

Game and e-Sports data analytics firm NewZoo said in a report that investment in products for mobile devices (cell phones, tablets, etc.) are “the most viable because they have the lowest entry barrier ”, Referring to the affordability for games of these platforms,“ where there will be 2.6 billion players ”.