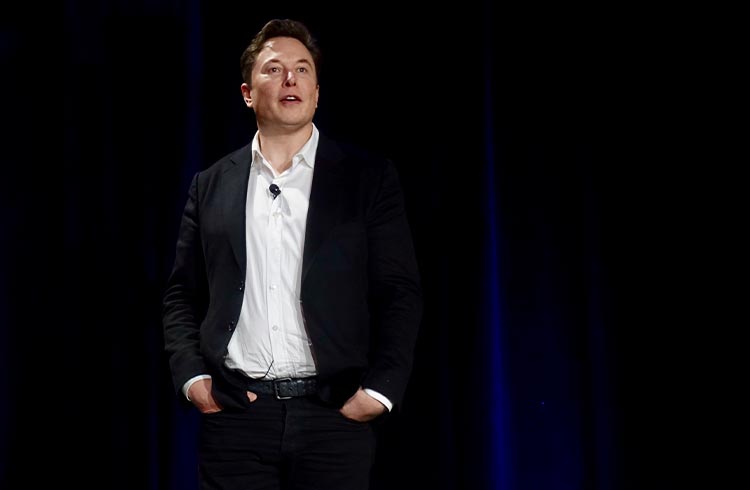 In addition to the two executives, the manager of ARK Invest, Cathie Wood, was also present. The debate also addressed the BTC's controversial energy consumption issues.

Initially, Musk revealed that he has only four investments: shares of Tesla, ETH, BTC and DOGE. Furthermore, the billionaire also admitted that SpaceX, the space exploration company, also owns BTC.

That is, Musk's two main companies have cryptocurrency as part of their balance sheets. However, Musk did not reveal how many BTC SpaceX has.

This speech had a direct impact on the price of BTC. Shortly after the declaration, the price of the cryptocurrency soared and surpassed US$ 32,600. Simultaneously, Dogecoin (DOGE) fired more than 20% in the same hour and returned to the region of US$ 0.20.

However, both movements lost strength throughout the presentation. At the time of writing this article, DOGE has fallen back below US$ 0.20, while BTC operates at US$ 31,747.38. In turn, the ETH is worth US$1,952.

During the panel, Musk displayed some discomfort during his speech. But in the most anticipated moment, Tesla's CEO admitted that BTC mining does not directly harm the environment.

Musk said he had been warned by the Tesla team that mining BTC would have a big impact on energy consumption. However, the company never intended to mine BTC, but rather to create a node in the network.

Cathy Wood argued that mining actually encourages the use of renewable energy sources. “BTC mining is a more sustainable practice than gold mining, and it consumes less energy than the financial system,” Wood said.

Musk countered by saying that mining cannot sustain itself using only renewable energy. For him, this would cause a sharp drop in the BTC's hash rate, going far below current levels.

Jack Dorsey pointed out that BTC doesn't just use new energy. In fact, part of the energy used would be wasted and reused in the activity.

According to the first Bitcoin Mining Council (BMC) report, around 0.4% of BTC mining uses electricity that would otherwise be wasted.

The social role of Bitcoin

Finally, the three active members of the debate discussed what they consider the social role of the BTC. For Cathie Wood, the cryptocurrency is a protection against the loss of purchasing power and also against crises.

“Inflation destroys the purchasing power of the population, but deflation can also be a negative phenomenon. Bitcoin is a protection against the confiscation of its wealth and the destruction of purchasing power, as well as bad deflation”, said the manager.

Musk, on the other hand, said Bitcoin has a fundamental scarcity and could turn into money if second-tier solutions are implemented. He also stated that, in his view, the ethos of the BTC is to have access to your private keys.

The billionaire also said that he intends to incorporate a complete knot at StarLink terminals, a satellite network organized by SpaceX. There was a time when Musk asked Dorsey if Twitter could allow advertisers to pay in cryptocurrencies.

“If Bitcoin get to where we're trying to get you, we won't need any publicity. I'm more focused on that. But, yes, your idea is good and we will get there”, he replied.

Also read: OpenSea is the newest unicorn in the cryptocurrency market