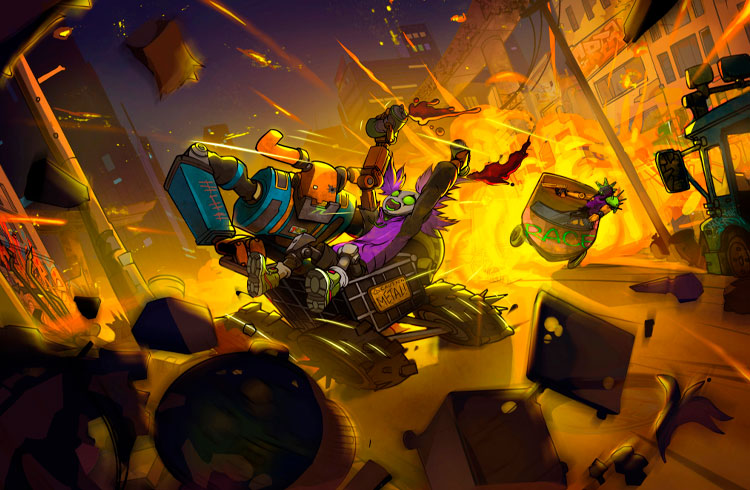 Drunk Robots is one of the fastest growing play-to-earn projects on Binance Smart Chain. Now, as part of its development, the project has announced four new partnerships.

In addition, a $5 million METAL prize pool for a battle arena was also announced.

The news came after the IDO of the $METAL token, which was released on various launchpads, including, for example, Liquidifty and TrustPad.

During the event, all allocated $METAL tokens sold out in just 3 minutes. Then, after listing, the price of $METAL grew from $0.01 to $0.43.

Drunk Robots is a successful game with over 126,000 active users. Within a short period of opening a DAO, the game attracted a large number of users.

As such, it is now one of the fastest growing play-to-earn games on the market.

According to the announcement, with the help of these partnerships, Drunk Robot aims to expand its audience in Southeast Asia.

One of the partners, YGG, has already built the first subDAO in Southeast Asia.

Likewise, Avocado started the Avocado Guild to recruit members from the Philippines and Indonesia.

These collaborations aim to increase audience and engagement in Southeast Asia.

In addition to being backed by Animoca Brands, Drunk Robots has also acquired funding from Merit Circle. Furthermore, the gaming company has also received large funds from blockchain companies and VCs.

With the start of the second season of Drunk Robots, the Arena prize pool has increased to $5 million in $METAL. Players need to reach the top of the leaderboard to earn a share of this reward.

Starting in the second half of Season 2, players must compete in the Arena at least five times every 24 hours. This is necessary to qualify for maximum profit.

This new system will ensure constant activity in the game, for which the player will also receive more rewards.

A player can earn up to 4000$ METAL monthly with a single robot.

Also read: The use of Dogecoin (DOGE) in illicit activities grows

Also Read: Ethereum Developers Will Shut Down Testnet After The Merge

Also read: Times Square will arrive in The Sandbox metaverse in the coming months