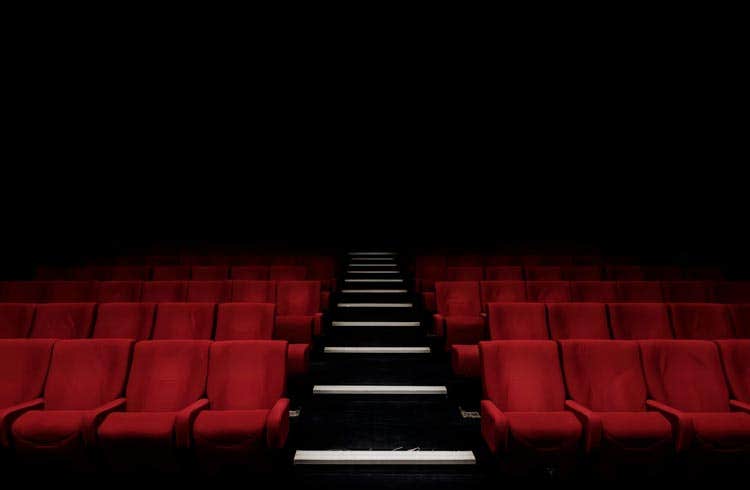 The project is exactly what it sounds like – a decentralized platform that leverages blockchain and digital tokens to select movies for funding and production support. The beta version of the movie finance app is still being finalized and is weeks away from launching the betanet of its underlying blockchain platform. It is the first 501(c)(3) non-profit organization to issue digital assets under the Securities Act of 1933.

Blockchain technology has been touted as a tool for opening and leveling institutions of all kinds. The film market – an isolated world where the path to a movie release often opens up through personal connections, performances and insider knowledge – can be a revealing test.

Decentralization goes to the cinema

Decentralized Pictures, or DCP, was co-founded by Francis’ son Roman Coppola and writer of critically acclaimed films such as Moonrise Kingdom It is the next The French Dispatch . Co-founders Michael Musante, vice president of production and acquisitions at American Zoetrope, and Leo Matchett, the Emmy-winning film engineer, join Coppola on the project.

The DCP website states that its mission is to support “the development of independent filmmakers and filmmakers from underserved and underprivileged communities”.

“There’s something about the idea that decisions in Hollywood are made about which movies to finance and produce in part based on what’s been done before. And sometimes it can make it difficult for new and innovative ideas to come up,” Musante told The Defiant. Outsourcing decision-making to a decentralized community can elevate movies that otherwise wouldn’t get the attention they deserve, he said.

Encouraged by the launch of Ethereum in 2015, the founders started working on the project about four years ago. DCP is now testing its application in an EVM (Ethereum Virtual Machine) environment with an ERC-20 token it calls FILMCredit. FILMCredits are used to fund entry fees and reward community members, as well as wagering and mining on the platform, with additional uses to come.

For its beta competition, DCP solicited applications from students at the University of Southern California and the Ghetto Film School, a non-profit organization with branches in Los Angeles, New York and London. It also recruited USC and GFS students and alumni to review student submissions. The winner – to be announced in October – will receive $20,000 in funding from the DCP fund and a meeting with DCP’s talent agency partners.

The betanet will also be open to miners later this month. After that, Matchett anticipates opening the DCP application to the general public in the fourth quarter, with FILMCredits available for purchase on the platform and through cryptocurrency exchanges. Platform participants will also be able to earn FILMCredits by reviewing entries and quizzes.

At first glance, it’s easy to see DCP as basically a Kickstarter with a dose of decentralized marketing. In fact, your model is quite different. It does not solicit financial contributions directly from platform members.

Instead, it maintains its own fund to provide grants to filmmakers whose submissions receive the most positive reviews from the decentralized community. The community earns tokens for reviewing movie submissions and participating in the platform.

The DCP platform election process begins when a filmmaker submits a film. There are competitions in specific categories as well as general entries. The interested party must pay a registration fee – called a reward – in FILMCredits, which are dynamically paid on a peer-to-peer basis to community members who review the project.

When a film is selected based on its reviews, the entrant will receive a cash prize to cover some or all of the production costs. The awardee also gets access to DCP’s matchmaking service, which connects the filmmaker with producers and perhaps additional funders. This helps filmmakers overcome two common obstacles: funding and connections.

Keeping transparent and auditable records of community activities allows the DCP to promise a credible democratic process, according to Matchett, who is DCP’s CEO. In fact, blockchain and tokenization bring several benefits to this type of endeavor – fairness, rarity and efficiency.

First, justice. “We are giving away a lot of money and we want to prove that the voting process was fair and transparent, auditable and immutable. Blockchain gives us the benefit of that,” he said.

Second, rarity. A regular database can be altered – an infinite number of tokens can be created. Blockchain transparency does not allow this.

Third, efficiency. The decentralized network allows the DCP to dynamically distribute tokens to hundreds or thousands of reviewers instantly, avoiding a situation where “the stamp on the envelope is worth more than the check inside,” he said. Matchett .

What part would a cinematographic dynasty like the Coppolas have – with Oscar, Golden Globe and two Canne Palme d’Ors to their name – in a venture like DCP? Why upset the status quo of Hollywood, which, after all, considers them royalty?

The answer may be to find out what would drive more people to the movies these days.

DCP was primarily conceived as a new avenue for talent acquisition rather than a remedy for poor box office sales, according to Matchett. Still, the steady decline in ticket sales looms large in the surrounding context. Covid-19 was a heavy blow to the industry, but even before that, sales had fallen for nearly two decades.

Global movie industry revenue of $42.5 billion has undoubtedly declined due to streaming services like Netflix. But some industry experts say streaming isn’t everything, pointing, on the one hand, to record low Oscar and Golden Globe ratings in recent years. This could be a sure sign that interest in the big screen is waning.

Film industry leaders are increasingly concerned about the dueling of revenue streams that hurt profits. In July, the National Association of Theater Owners criticized publicly the simultaneous release of Black Widow by Disney in theaters and on its Disney+ streaming platform. The movie’s ticket sales plunged 68% in its second week, the worst drop ever for a film from the Marvel cinematic universe.

Price of a ticket

Industry analysts say big-budget productions can’t recoup costs without a long run in theaters. Others counter that Hollywood is out of touch with the public – especially Gen Y – and should be less concerned with streaming and more with making movies worth the price of a ticket.

Marc Van Holt, a USC graduate student and DCP beta test participant, said Hollywood’s problem is a lack of varied perspectives and that it’s nothing new. The 28-year-old director, of Lebanese origin, entered the competition with his project home . The film is about “two souls connecting in a war-ridden world,” Holt told The Defiant. He hopes to win the contest primarily for “very much needed financial support to be able to tell stories that matter.”

Can decentralization provide the window into the public mind that the film industry lacks?

Shawn Robbins, Principal Analyst at BoxOffice.com. He told The Defiant: “The concept [DCP] it is intriguing and can offer new insights into consumer interests.” However, “logistics, like anything else, would be a challenge – especially given the many millions of dollars it costs to produce, market and distribute globally.”

Even after a movie is approved by the DCP community, it’s not free for home.

“The competition is not about guaranteeing that your film will be made,” said Musant. “It’s a competition for part or all of your project funding and production support.” However, he continued: “These are projects that have gone through the challenge of our review process. In a way, one of the things that most attracts our network of partnerships is that these are projects in the development phase that already have, essentially, a fan base”.

The DCP algorithm is not a simple count of likes and dislikes. Reviews are weighted according to the reviewer’s reputation, which is earned primarily by choosing successful films. Prominent members of the film industry can inherit that reputation when they join. After that, Matchett said, your weight will be determined – and may decrease – just like everyone else’s.

The platform will be moderated for content deemed inappropriate, such as pornography and hate speech. Matchett and Musante point out that the community will have the final say on whether content is categorized anyway.

In the early stages of the PDD, “the board [de diretores] will keep an eye on the vote to ensure there are no anomalies or fraud or cheating, but even at this stage, we will follow the will of the community,” Musante said.

Matchett and Musante say DCP welcomes film fans of all stripes to join the platform and hopes to release films in all genres. Musante said he is particularly interested in projects that don’t easily fit into standard studio molds.

To illustrate, he pulled an example straight from Coppola’s film archives: Getting Apocalypse Now made in the 70s became a legend. It’s a film about the Vietnam War, but more importantly it’s a cerebral, hallucinatory meditation on the war itself, with few combat scenes. This was definitely a break from the tradition of what war movies were supposed to be. And Francis Coppola, for the most part, had to finance his production on his own. But, obviously, the film now considered a masterpiece has returned its investment many times over.

“That kind of idea is what we hope to elevate at Decentralized Pictures,” said Musante.

RD Danes is a US based journalist covering the convergence of technology with society, culture and the economy.

The article was written and published by The Defiant.