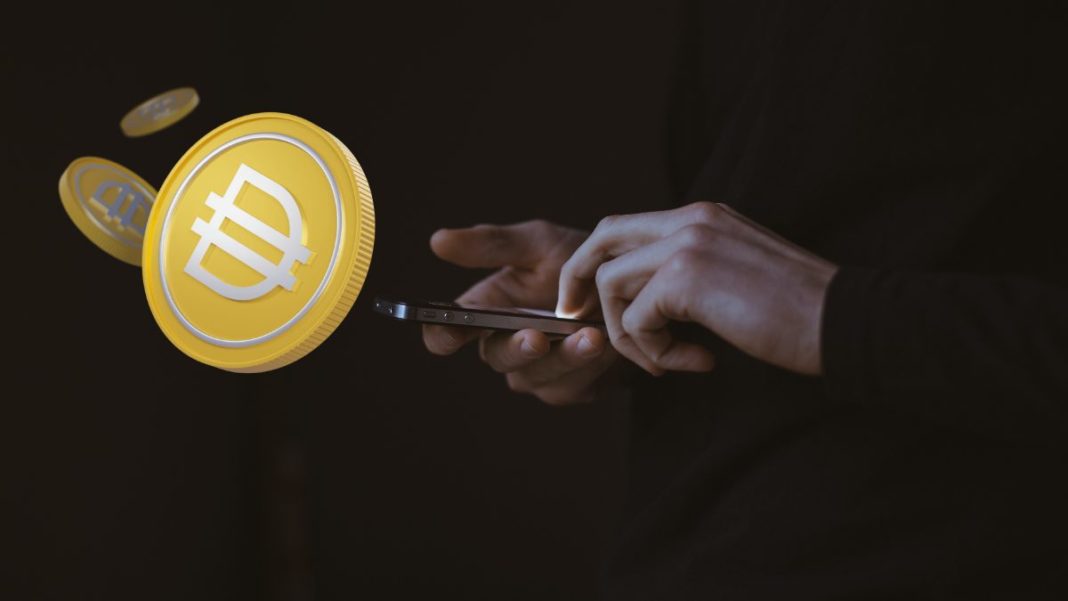 The stablecoin multi-collateralized by other cryptocurrencies, DAI, is the currency paired with the dollar that most “changes hands” in the market in relation to its capitalization and supply, and that is very good. Understand.

Demand is what sustains the fundamentals of any currency

As we analyzed in a recent post on Cointimes, among the various metrics that can be used for a fundamental analysis in the cryptocurrency market, is the demand (use of the asset) compared to its marketcap.

Know more: 5 metrics for fundamental analysis of the crypto market that you need to know

For stablecoins this is no different.. Stable currencies that reflect the price of other assets, such as the dollar, for example, need to be used to have any real value and no miraculous code can change this most essential law of economics.

If we look at a recent example of demand failure, we can speak of the EarthUSD (UST), where its demand was fully built on the application of staking in the protocol of anchor (ANC), which promised annual returns of 20%, but which proved unsustainable, killing all demand for the currency and causing a bank run that ended in the death of the project and the loss of billions of dollars in the market.

The main demand for stablecoins currently is in:

1 – Serve as a bridge between fiat and cryptocurrencies on centralized or decentralized exchanges (DEX);

2 – Be a temporary reserve of value in the cryptocurrency market in times of decline, such as the current or the crypto winter 2018.

A point of concern for these use cases is that most of them involve few blockchain movements (on-chain) and many custodial solutions, such as storage in centralized exchange wallets, for example.

For the three stablecoins with the highest market capitalization and which grew more in the last year (USDT, USDC and BUSD), its centralization is even more evident since the projects themselves are centralized. Belonging to companies: tether, circle and Binancerespectively.

A project that stands out for its decentralization and innovation is the SOtoken controlled by the Decentralized Autonomous Organization, MakerDAO (MKR).

DAI is the most relevant decentralized stablecoin project on the market and, to date, the only one that has proven itself to be safe and reliable. What guarantees your success is a multi-collateralization method.

For USDT, for example, its collateralization is done one to one (1:1) with USD USD. So for every USDT in circulation, there needs to be 1 USD (or proportionate in other assets) in Tether’s vaults.

DAI has more than 1:1 collateralization, which means that for every DAI in circulation, there is more than four times greater value in several other assets, such as Bitcoin and Ethereum, for example, decided by the owners of MKR, which can be redeemed in case someone wants to get rid of their stablecoin, direct with MakerDAO.

Its decentralized feature attracts a special type of investor or enthusiast, who sees value in decentralizationat sovereignty is at peer-to-peer transactionshardly relying on the control of central institutions.

This makes, according to a16z report, DAI is the most used stablecoin on-chain as payment, compared to its market capitalization. And the difference is gigantic.

According to the graph, each DAI unit in circulation is moved (or “changed hands”), more than 110 times a year in on-chain transactions.

Even with much higher volume, USDC and USDT lag behind, as this volume is usually concentrated in centralized exchanges, being very little used on blockchain, from one sovereign address to another.

USDC still has a relevant presence on decentralized exchanges and, therefore, achieves a “velocity” of just over half of the DAI.

This exchange of currency hands can also be measured by the currency velocity theoryor currency circulation speed – in the report in English it is called “Speed”.

This metric indicates the average frequency with which a unit of currency is spent in a specific period of time – in this case one year.

If, for example, in a very small economy, a farmer and a mechanic, with only $50 between them, buy each other’s goods and services in just three transactions during a year:

So R$100 changed hands over the course of a year, even though there was only R$50 in this small savings. This level of R$100 is possible because each real was spent an average of twice in a year, which is equivalent to saying that the speed was 2 per year.

The velocity of USDC and USDT in the last year was equal to 60.38 and 2.52 respectively.

For our fundamental metrics, such a higher demand in relation to the marketcap is very positive for the DAI asset and could indicate future growth in supply and market value.