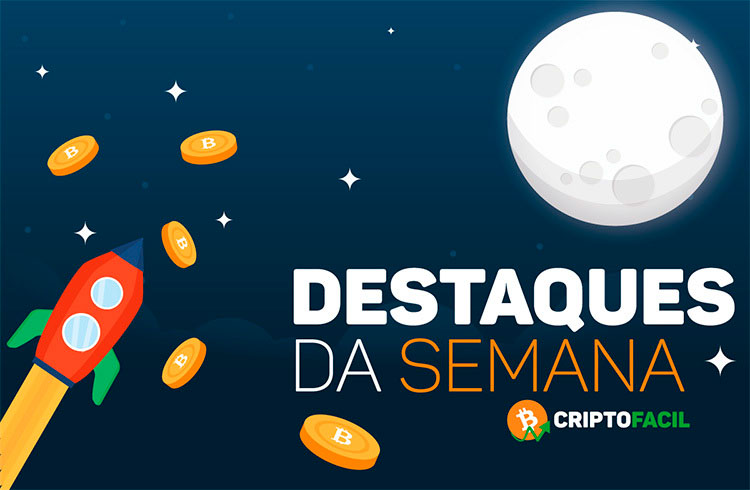 The rise of Bitcoin reflected in much of the market and several cryptocurrencies recorded gains.

In this sense, the crypto-sphere was particularly interested in content on the valuation of altcoins and price forecasts.

Check out the highlights of the week in CriptoFácil:

Exchange bets on 3 cryptocurrencies that will shoot

Litecoin is one of the best cryptocurrencies to buy now

As mentioned, with the appreciation of several cryptocurrencies during the current high, traders are looking for new investment opportunities. And, according to trader Altcoin Sherpa, Litecoin is an option to “buy and forget”. read more.

Another trader to opine on crypto assets that they can value was analyst Ben Armstrong. According to him, there is a token in the decentralized finance market (DeFi) that can leave millionaire investors. read more.

Cryptocurrencies may soar 5,000% on this high, analyst reveals

Altcoin Daily cryptocurrency founder and dealer Austin Arnold said he is optimistic about five cryptocurrencies. According to him, altcoins like Polkastarter, Energy Web Token (EWT) and others have the potential to rise more than 50 times in February. read more.

7 cryptocurrencies will explode in 2021, says analyst

Already analyzing a general context, that is, the whole year of 2021, Arnold indicated seven cryptocurrencies that can grow. The list includes Ethereum, The Graph and Polkadot. read more.

Elon Musk causes another cryptocurrency to shoot 1,000% when talking about Mars

After boosting the price of Bitcoin and Dogecoin, Tesla's CEO, billionaire Elon Musk, caused a little-known cryptocurrency to shoot 1,000%.

Marscoin exploded after Musk claimed that Mars would have a cryptocurrency he called “Marscoin”, apparently unaware that a digital currency with this name already exists. read more.

A little known Ethereum token – ERC-20 standard – showed significant gains in the last week. GRT, a token used to power the decentralized protocol The Graph, has skyrocketed and is expected to continue rising. read more.

Another token that skyrocketed in the last few days was PancakeSwap (CAKE). In just one month, the token appreciated more than 1,460% and continues to increase. read more.

Exchange will give R $ 435 million in different tokens

Another noteworthy news last week was from the airdrop of the decentralized exchange aggregator 1inch. The project distributed millions of reais in tokens to users. read more.

Finally, a news about the valuation of 3 cryptocurrencies caught the attention of readers of CriptoFácil. A recent Kraken report revealed that altcoins' return in late January was more than four times that recorded by Bitcoin in the same period. read more.

Read also: Nvidia reveals new GPU made to mine Ethereum