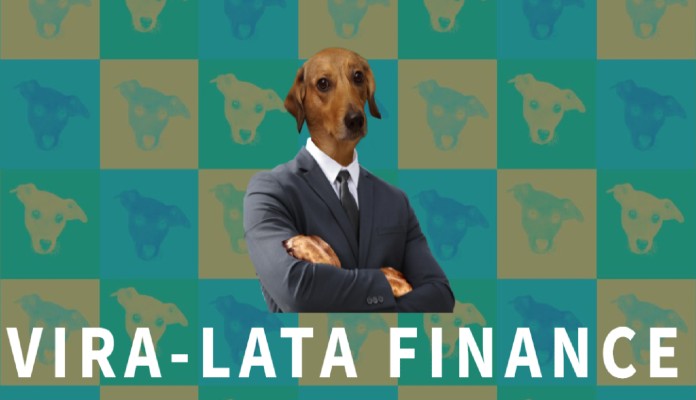 After attracting thousands of investors, winning the pages of news sites like CNN Brasil and being listed on a brazilian exchange, Vira-Lata Finance (REAU), a cryptocurrency inspired by the caramel “mongrel” launched last month, has devalued 90 %% since Thursday (1st), when it reached its top.

The sharp drop occurred shortly after the publication of an anonymous dossier that points out that the digital asset – similar to Dogecoin (DOGE) – has signs of being a scam. In summary, the 21-page document says that the project would be a type of 'financial pyramid' or 'ponzi scheme', in which the success of the business would depend on the entry of new investors.

The team behind REAU – which is unknown – also says that it would be artificially inflating the asset's price to profit from sales, a strategy known as pump and dump.

The report points out, for example, that about 25% of the 475 trillion REAUs available on the market were concentrated in two cryptocurrency portfolios. The first had 56 trillion and the second 65 trillion. These wallets redistribute digital assets to other portfolios belonging to the group, creating a 'mesh' of equity concealment.

“The purpose of breaking up these tokens is to illusion that the tokens are in the hands of several investors, and not concentrated on a single person. But when we identify a transfer from the primary to the secondary portfolio, and transactions between them, that is not investors ‘exchanging’ tokens with each other, this is typical of a disguised and hidden ‘mesh’, ”the document says.

The report by Bitcoin Portal contacted the project team through the Telegram group, but there was no response. In the messages posted in the chat room, however, the creator – or creators – of the cryptocurrency published a note of clarification about the accusations.

In summary, in the note, Vira-Lata FInance says that the dossier's allegations are false and that the document's objective is to "denigrate the image" of the project. The developer – or developers – also says that REAU is not a pyramid or a ponzi, as it does not offer a guaranteed profit.

Regarding the inflated price and concentration of cryptocurrencies in portfolios, the statement alleges that “in any market, whether on the stock exchange or crypto markets, there will be people with greater concentrated financial power and who may indeed generate fluctuation in the market”.

The founder of the Coinsamba platform, Gustavo Toledo, commented on the dossier and the project at the request of the report. He said he cannot say that REAU is in fact a pyramid or coup, because the person – or team – who created the project is no longer ‘owner’ of the asset.

“When you create the contract for a project, you can‘ own ’it. In the case of REAU, the creator – or creators – has renounced ownership, a term known as ‘renounce ownership’. When this happens, the contract no longer has an owner and there is no longer a possibility for the creator to print or delete more coins ”.

However, according to Toledo, the participants of Vira-Lata Finance are acting as if they are in a financial pyramid:

“The problem with these tokens that come up like this is that the owner creates a lot of coins, distributes them among wallets that he knows and tells friends to buy cheaper. It also tells them to start publicizing it to people who are in pump and dump groups and just want the money and don't understand anything about cryptocurrency ”.

Those people who enter the beginning of the currency, according to him, start to buy a lot of assets, which makes their price go up. Soon after, however, they sell and make the famous ‘rug pull’ – an expression in English that in the financial market means taking a stand.

"With that, the guys simply sell everything, the currency becomes worthless, whoever would buy sees the fall and does not buy more and whoever had already bought the currency will not be able to sell more, because liquidity is over," he said.

Another problem with REAU, according to Toledo, is that its code is copied from other cryptocurrencies. “It is a shitcoin that is basically copied from other contracts. The person – or team – behind REAU, therefore, has not programmed anything ”, he said.

Toledo said the Vira-lata Finance contract uses the same code as HoneyBee Finance, which lasted a short time and is no longer online, and SafeMoon, for example.