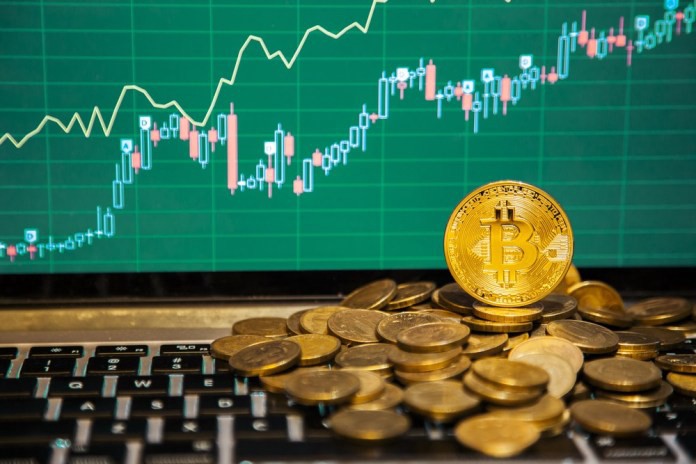 Gone is the bearish shadow of September 7! Cryptocurrencies appear to be recovering after more than a week of correction. The market shows an overall increase of 2.98% approaching $ 2.2 trillion.

This global turnaround arises thanks to the good performance of bitcoin which shows an increase of 3.32% at the time of writing this article. Its current price is $ 48,382 with the objective of attacking the resistance bar of $ 50,000.

Ethereum has also seen its value increase on the stock market. Its price is currently rising 4.29%, exceeding the threshold of $ 3,500. Cardano (6.56%), the second best performance in the Top 10 behind BNB (6.66%), manages to cross the $ 2.50 mark. Despite the problems with the Solana network, the crypto is still up 4.25% at the time of this writing. Dogecoin shows one of the worst performances of the top 10 with a growth of 2.14%. 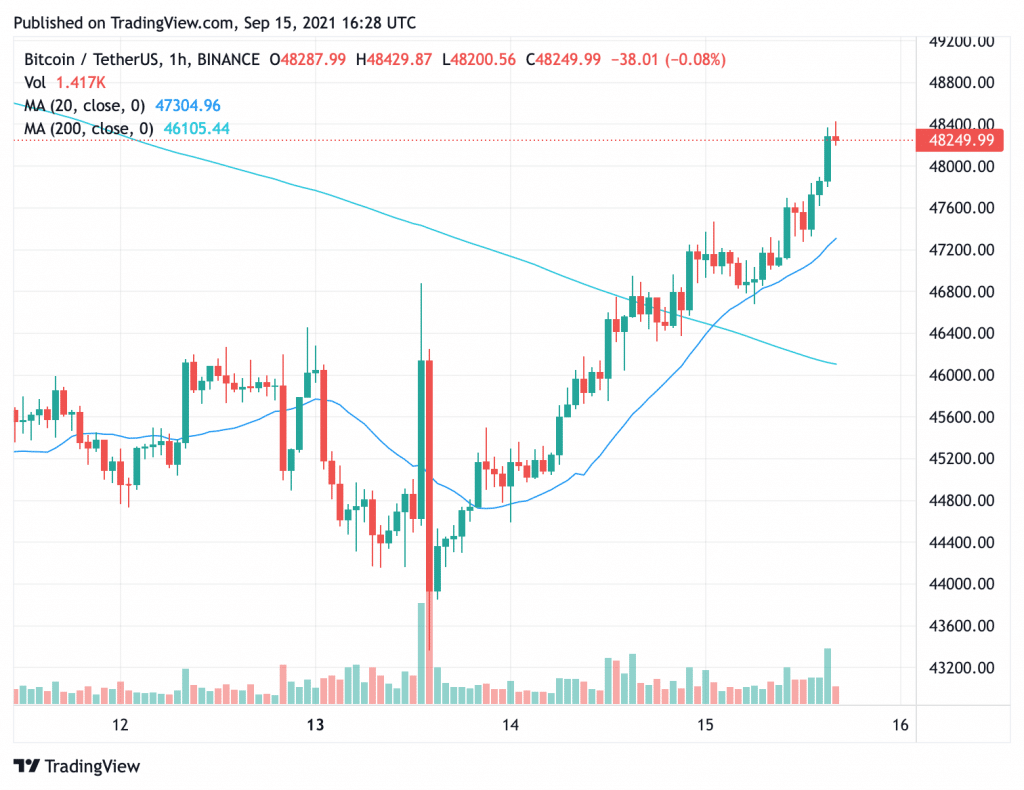 This news has fueled the price of bitcoin. It allowed the first crypto on the market to earn more than $ 2,000 in the space of 24 hours. Bitcoin must also thank ” the golden cross “Because the technical indication has instilled a wave of optimism in the market so as to help BTC not to sink below $ 44,000 even if it means harming the long term uptrend.

Microstrategy’s $ 250 million purchase of new bitcoins strengthens the Golden Cross technical signal. To put it simply, this means that institutional investors are not giving up on bitcoin and the small correction over the previous days seemed like a good opportunity to buy the downside.

Ethereum and other altcoins keep pace

The price of ETH followed that of bitcoin with a gain of $ 300 in 24 hours. At the technical level, we can see a ” golden cross Between 20-day and 200-day moving averages in its curve like bitcoin. Traders remain bullish for Ether with nearly $ 1 billion worth of ETH burned after the London Hard Fork.

Solana continues despite that her blockchain must convince investors after a megabug. Its good performance during the summer allowed it to seduce institutional investors but must hasten to resolve the problems of its network because there are no shortage of alternatives to Solana.

The Cardano also had issues with the Alonso update. It was expected that its course would explode with the effectiveness of the update but unfortunately the ADA had not budged. However, its price picked up during this trading session. Traders are hoping the ADA hits the $ 3 threshold.

The price of Polkadot retracted a bit during this session but it still remains a very good Buy for the weeks to come. Hedera Hashgraph continues to surprise the market. Its value has already exceeded $ 0.5 cumulating a growth of 117% over the last 7 days.