Home News Cryptocurrencies bleed and politicians are keeping an eye on them – Weekly... 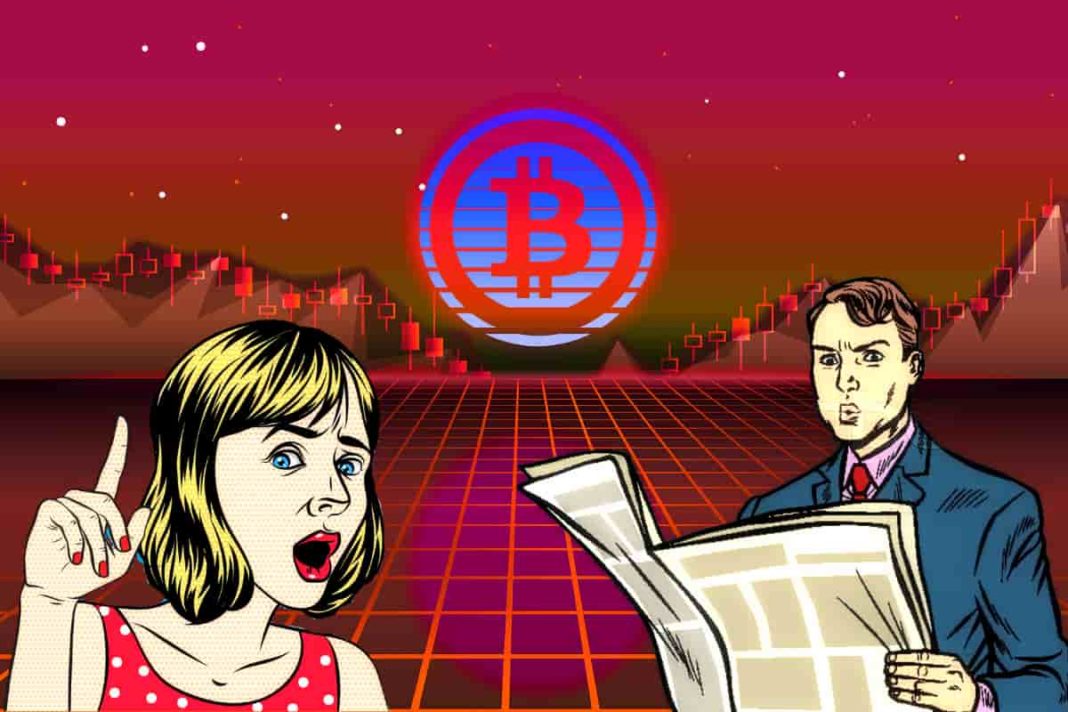 This week, that uncle of yours who knows a little about “kreptocoins” and follows the political news could have a heart attack. The bloodbath in the crypto market frightened some investors as senators claimed the floor in plenary to attack the free market of bitcoin companies in Tupiniquim territory.

Not only here in Brazil, but also in the US, senators discussed regulatory issues. See below a summary of what happened in the last days in the crypto market and click on the links to read the full stories.

On the monthly chart, Bitcoin took a bloodbath and dropped from $64,000 to less than $48,000, where it is today. This week the BTC reacted and rose above $50,000 but failed to maintain support and fell again, with post-apocalyptic sentiment still dominating the market.

According to Glassnode’s on-chain analysis, “the sum of coins spent at a loss on December 4th totaled $3 billion.”

After the decline, traders showed “Extreme Fear” according to the Fear and Greed Index, which saw its lowest level since July. The metric remains in the same range at the time of writing this story, with little variation since then.

One revelation of the week came on Anthony Pompliano’s podcast, where a White House adviser claimed that Joe Biden’s government is mining bitcoin.

Without naming names, Whit Gibbs, who is also CEO of Compass Mining, said a government agency was involved in mining because, in 2013, it failed to approve a budget to buy bitcoin.

Coincidentally, or not, the CIA director confirmed that the secret agency was working on several cryptocurrency projects. One of the CIA’s main efforts with regard to cryptocurrencies is to contain and pursue ransomware attacks with crypto ransom demands.

Also in the United States, the US Senate’s Committee on Banking, Housing and Urban Affairs will hold a hearing on December 14, focusing on the use of stablecoins.

Lawmakers want to understand what stablecoins are, what they are used for, and what their risks are. Interestingly, Tether, stablecoin with more FUD around it, apparently won’t be participating in the hearing.

Politics in Brazil is crazy

In Brazil, we had a sequence of news related to politics. After years of discussing the regulation of cryptocurrencies, deputies decided in the dead of night to approve bill 2303. Bill now awaits a vote in the Senate.

Supported by PT and rejected by NOVO, PL 2303 defines that the Executive Branch will appoint a supervisory body to authorize and control the operation of cryptocurrency companies in Brazil.

In a vote to define the urgency of the vote, deputy Enio Verri (PT) suggested that Bitcoin could be a fad capable of destroying the economy. He asked the central bank to be “extremely conservative” on Bitcoin.

If the BC is chosen to keep an eye on the crypto market, it may even cancel operating authorizations from brokers and other companies in the sector.

The PL also defines harsher penalties for financial pyramids and other frauds committed with “virtual assets”. What is curious because the Senate has just called a pyramid accused to discuss the regulation of cryptocurrencies in Brazil.

Want to know if Bitcoin investors should worry about the Evergrande crisis? or if in Brazil, stagflation is imminent? Then you need to know Cointimes education platform.

After 4 years of offering free content, Cointimes now builds its own platform to help the market understand in a simple and in-depth way to invest in Bitcoin and other cryptocurrencies.

The material within the Cointimes Club will be denser, more practical and direct, in addition to allowing for closer contact with subscribers, who will have efficient support.

To kick off the launch, the CEO of Cointimes and CoinGoBack, Isac Honorato, is making the Cointimes Club 3-month bonus course The Investor 4.0 available, buyers will be the first to have access to the education platform.

See other relevant articles of the week: