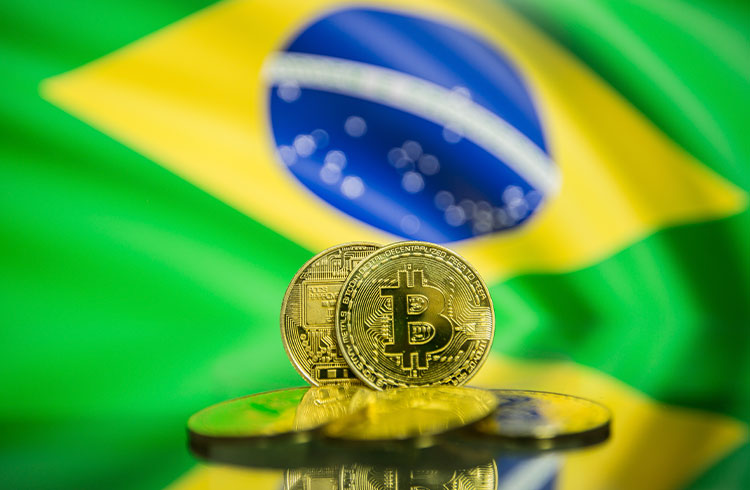 Although the main use of cryptocurrencies in Brazil is for investments (according to the Central Bank), the use of digital assets as a means of payment has grown in the country in recent months.

Data from a recent survey shows that about 25% of Brazilians are willing to use cryptocurrencies such as Bitcoin (BTC) to make payments at commercial establishments.

In Brazil, more than 900 companies already accept digital currencies as a form of payment, according to the CoinMap platform.

As you can see in the map above made available by the CoinMap platform, the Brazilian southeast is home to most companies that accept cryptocurrencies.

In addition, it is in this region where the largest number of cryptocurrency ATMs (ATMs) are located.

If the number of companies that accept cryptocurrencies in Brazil is already relatively expressive, the trend is to increase.

According reported by CriptoFácil, more than 30% of small businesses in Brazil plan to accept cryptocurrencies in 2022.

The information is from a survey carried out by the payment company Visa, which already has initiatives aimed at the crypto market.

According to Visa, the survey results suggest that cryptocurrencies may be starting to become popular as a means of payment.

Recently, the Brazilian concessionaire NetCars – startup of the DNR Group – has also started accepting crypto payments. Customers will be able to pay for any vehicle on the platform with a wide range of cryptocurrencies, including Bitcoin (BTC) and Ethereum (ETH).

Crypto as a means of payment

In the same way, Melnick, a builder and developer in Rio Grande do Sul, listed on the stock exchange, announced a partnership to start accepting payments in cryptocurrencies.

Another developer that has been accepting payments in BTC and ETH since November last year is Even. Both companies have partnered with cryptocurrency exchange Mercado Bitcoin to accept crypto,

Furthermore, the Wine company also trades its wines in exchange for Bitcoin. Meanwhile, Grupo Viação Garcia-Brasil Sul (GBS) has been accepting digital currencies as payment since 2018.

Crypto payments in Brazil can even extend beyond commercial establishments. After all, the city hall of Rio de Janeiro announced recently that from 2023 citizens will be able to pay the IPTU with Bitcoin.

Globally, the possibility of offering crypto payments has attracted the attention of large companies. Rappi, for example, is testing the payment method in Mexico. Rappi’s initiative is the result of a partnership with cryptocurrency exchange Bitso.

Another giant that showed interest in the possibility was Uber. As reported by CriptoFácil, Uber CEO Dara Khosrowshahi recently stated that the transportation company should start accepting Bitcoin payments “at some point”.

Also read: University develops device to be able to kiss in the metaverse