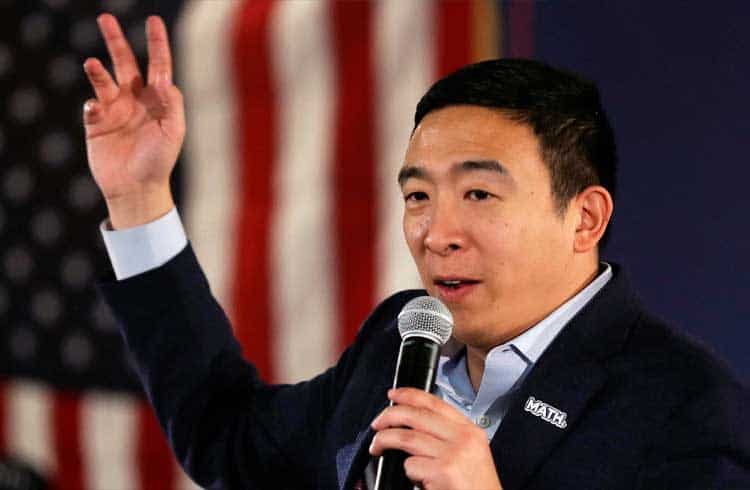 Democratic pre-candidate for the presidency of the United States, Andrew Yang, announced the termination of his candidacy for 2020 after failing to attract the attention of voters.

"I'm the math guy, and it's clear tonight from the numbers that we are not going to win this race," said Yang told reporters in New Hampshire on Tuesday, February 11. "I am announcing the suspension of my campaign for president."

Yang started his presidential race in November 2017 with the promise of a universal basic income of $ 1,000 a month for every American adult. He also advocated regulation of cryptography at the federal level, rather than policies made state by state.

“Currently, different departments of the federal government regard digital assets as goods, commodities or securities. Some states have onerous regulations, such as New York's BitLicense. This had a frightening effect on the US digital asset market. It is time for the federal government to create clear guidelines on how the cryptocurrency / digital asset markets will be treated and regulated, ”said a section of Yang's candidacy website.

Yang has also received support from the crypto community, with many enthusiasts joining his “#YangGang” on social media in the past two years. The 45-year-old businessman, however, did not win the support of voters. He received just 1% of the vote in the Iowa Caucus, the start of the primaries for choosing the Democratic candidate. But Yang sent an optimistic message: “we will return“.