Home News CoinDCX turns to BitGo to secure its cryptocurrency 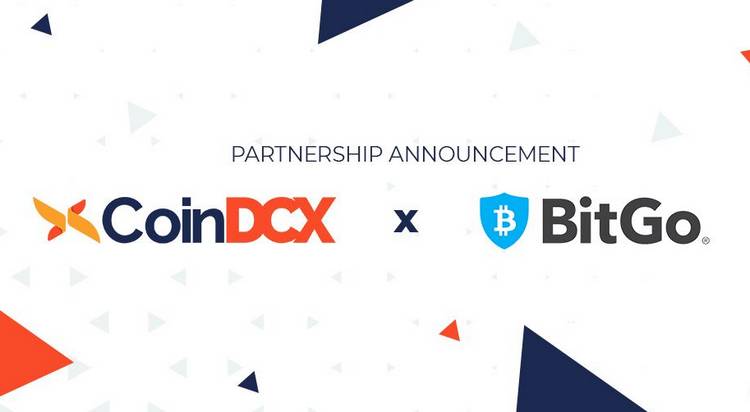 CoinDCX, one of the largest crypto-exchanges in India, chose BitGo as a depositary to further protect the funds on its platform.

According to a press release shared with Cryptaut, CoinDCX has just partnered with the Californian specialist in the conservation of cryptocurrencies BitGo.

Digital assets, such as Bitcoin, stored in cryptocurrency wallets are now protected by the BitGo's $ 100 million insurance policy provided by Lloyd’s Insurance unions. And the latter also covers cryptocurrencies held by its customers in the MultiSignature cold wallets of DCXLend, CoinDCX's decentralized lending service.

At an unprecedented growth in the use of cryptocurrencies in India, it is of the utmost importance to provide users with more secure measures to protect users' funds, including the use of custody services. With the integration of BitGo as an official depository, CoinDCX can now focus on building a diverse suite of financial products and services built on trust, safety and security, ”commented Sumit Gupta, the CEO of the Indian stock exchange.

Sustained by HDR Global Trading (owner of BitMEX), Polychain Capital and Bain Capital Ventures, CoinDCX is one of the few platforms that remained operational during the ban on the central bank of India.

Read also: BitGo strengthens its crypto offer with the acquisition of Lumina

With the recent rise in trading volumes on Indian stock exchanges, it is time to professionalize in the form of securing funds in the crypto market. We are delighted to be the official CoinDCX custodian, to offer their users added value and assurance when using cryptocurrencies, "added Pete Najarian, CRO of BitGo.

Last March, the Indian Supreme Court canceled the anti-crypto circular of the Reserve Bank of India. Firms specializing in cryptocurrency can once again access banking services.