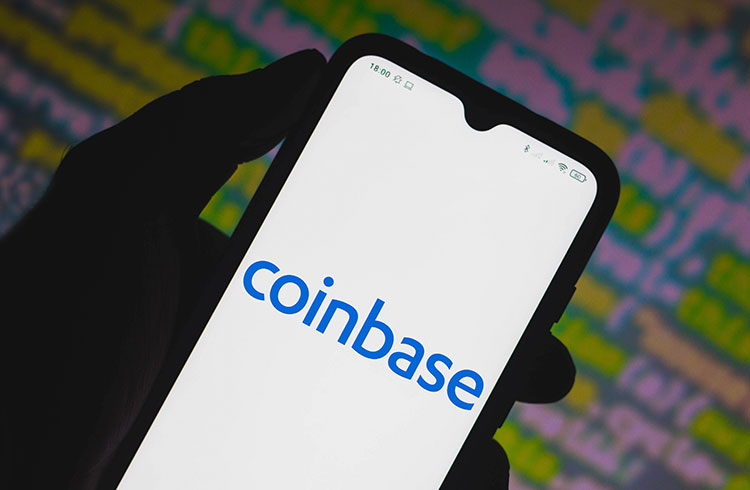 A report by The Wall Street Journal (WSJ) this Thursday (22) claimed that the cryptocurrency exchange Coinbase, one of the largest in the world, created a group to speculate in cryptocurrencies using its own money, which the report calls “controversial business”.

According to the report, in 2021 the crypto firm hired at least four senior Wall Street traders to form a group to profit from digital assets through trading and staking.

Sources close to the company said it was a “proprietary” deal. Proprietary trading – or “prop trading” – is when a company engages in trading stocks, bonds, currencies or commodities using its own money rather than that of its customers. That is, the company invests for direct market gain rather than earning commissions for trading assets on behalf of clients.

It is, therefore, an activity fraught with risks and potential conflicts of interest for the company. After all, if the negotiations have any effect on the prices of these assets, it could harm clients.

Also according to the WSJ, the group would have made a transaction of US$ 100 million earlier this year in a “test”.

The exchange reportedly raised funds with the help of a “structured note” sold to Invesco Ltd. at a rate of 4.01%. An Invesco spokesperson confirmed the deal. But he said the company “had no direct exposure to cryptocurrency.”

Shortly after the story was published, Coinbase said in a blog post that “unlike many competitors” it does not do proprietary trading.

“In fact, one of the strengths of our Institutional Prime platform is our agency-only trading model, where we only act on behalf of our clients. As a result of this, our incentives and our customers’ incentives are aligned by design,” said Coinbase.

Furthermore, the exchange said that from time to time it buys crypto for its treasury and for operational purposes.

In this way, the company does not see the activity as a proprietary transaction. After all, your goal is not to benefit from short-term increases in the value of the cryptocurrency you are trading.

Also read: Messari raises BRL 180 million in investment round supported by Samsung Next