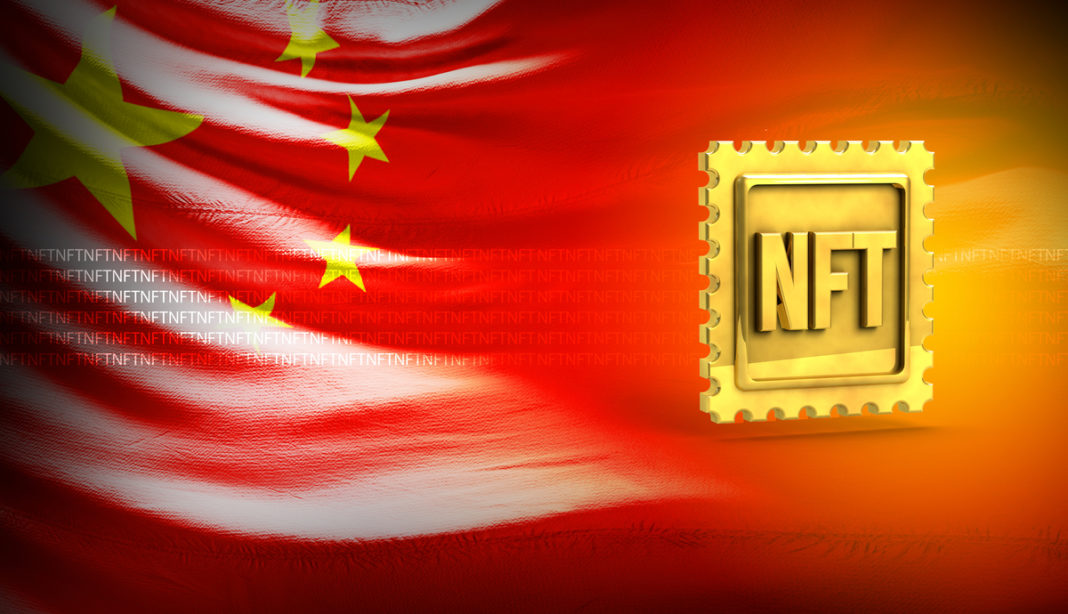 China has always been against cryptocurrencies over the years, reinforcing its initiatives in 2021 to suspend bitcoin mining.

But what about non-fungible tokens (or NFTs)? A new paper suggests China will launch its own state-owned platform to launch such tokenized digital collectibles, but without the involvement of cryptocurrencies and changing their name to “digital collectibles”.

The newspaper South China Morning Post reported that the state-owned Blockchain Services Network (or BSN) is preparing a permissioned and private blockchain infrastructure that will allow the launch of NFT-style collectibles under the watchful eye of the government.

According to the article, the platform will not be interoperable with NFTs created on public blockchain networks such as Ethereum and Solana and will not accept cryptocurrency payments.

Instead, the private network will exclusively accept the Chinese yuan to pay for collectibles and platform fees.

BSN will use the term “Distributed Digital Certificate” (or DCC) to refer to its unique brand of state-owned NFTs, according to the article, which is expected to launch the platform later this month.

He Yifan, CEO of Red Date Technology, one of the technology companies responsible for BSN, said such collectibles “have no legal issues in China” as long as they are not associated with cryptocurrencies.

He added that public blockchains “are illegal” in China because of government regulations.

Previously, BSN had created specifically permissioned versions of existing blockchain networks for corporate use and will integrate ten of them into its NFT platform, including versions of Ethereum and Corda, according to the article.

An NFT acts as an ownership agreement for a digital item, such as an image, a video file, a video game item, and more.

The NFT market generated trading volume of $23 billion in 2021, according to data from website Dapp Radar, compared to $100 million in 2020.

Why is this event important?

Given the Chinese government’s stance on cryptocurrencies, it’s not surprising that companies in the country have been wary of NFTs so far.

In another article, the South China Morning Post stated that, amid growing demand for NFTs in China, companies have started to call them “digital collectibles”, avoiding the internationally used acronym.

In addition, companies that sell tokenized digital collectibles cannot allow them to be resold, as the government is wary of speculation and money laundering.

Still, companies like Alibaba, Tencent, Bilibili and JD.com have already released their own digital collectibles.

The government’s plan to keep the NFT market under its watch through the use of permissioned blockchain technology rings true given its stance towards cryptocurrencies.

With this approach, it still provides its citizens with access to digital assets they can own and use, but apparently avoids the speculative frenzy that has sprung up around NFTs.

However, one of the great selling points of NFTs is that they are not controlled by a centralized entity.

They can be freely bought and sold on a permissive basis and are also possibly interoperable, making them usable across platforms and online worlds (a key selling point as the impending metaverse takes shape.

In China, if the BSN framework for DCC collectibles works out, users may not have the same rights and functionality.

And like other entertainment industries in China, particularly the video game and movie markets, China’s strict oversight could limit what citizens have access to and leave much of the world out of its possible sizable user base.

It could also limit the potential for the NFT industry to truly be global and include 1.4 billion Chinese citizens. Thus, it can hamper the potential for an open, interoperable, NFT-powered metaverse to truly connect people around the world.

Chinese companies are allocating money to the metaverse, despite warnings from local newspapers. However, the government’s stance towards NFTs may inform its view of the future metaverse and generate, as a consequence, another walled garden.