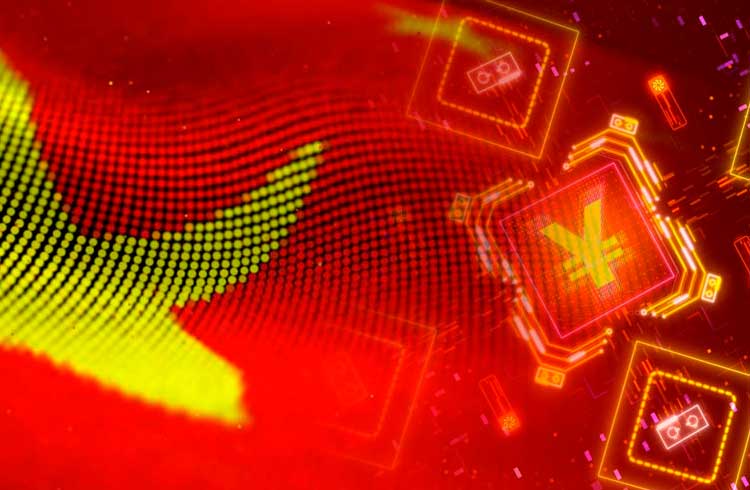 As the technological war between China and the United States continues, the Asian country is racing to implement its digital yuan.

The goal is to win a race that also involves the finance sector. And, it seems, China is about to win.

That's because, according to the People's Bank of China (PBOC), the nation should be the first to issue a digital currency.

Reduced dependence on the dollar

According to the PBOC, the issue is part of its effort to internationalize the yuan. Thus, reducing the global dependence on the dollar-based economic system.

“The issuance and circulation of digital currency will bring major changes to existing international finance. China has many advantages and opportunities in issuing digital fiat currencies. That is why it must accelerate the pace to be the first ”, said the organization.

According to Reuters, efforts to issue sovereign digital currencies are expected to become a "new battleground". In this way, increasing competition between countries and resulting in major changes in international finance.

On the other hand, China also needs to establish a new network of payment systems. With that, it will be able to break the dollar's monopoly, a fundamental part of the internationalization of the yuan.

In this sense, by April this year, the PBOC digital currency research institute had already filed 130 patent applications related to the digital yuan.

These records are also part of a supply chain formation project to support the launch of DC / EP.

In addition, as China establishes new alliances with trading partners, it will certainly try to impose new technological standards with the digital yuan.

However, the Asian country will first try to resolve all aspects of its DC / EP system in the domestic market. Then, the digital yuan may reach the international market.

Thus, to ensure that the digital currency works without errors, the PBOC Research Institute and Digital Coins has already carried out tests in several cities.

At the same time, it signed a strategic cooperation agreement with JD Digital Technology, one of the main online stores in China.