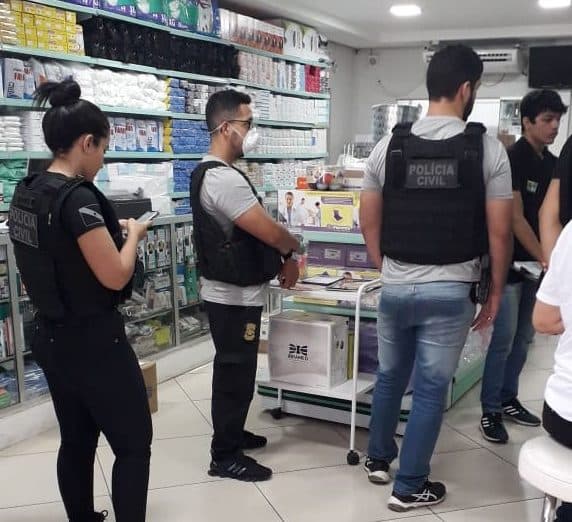 The Administrative Council for Economic Defense aims to mission to ensure free competition in the country market, but is that really what happens?

In recent news from Correio Braziliense, it is stated in the title that Cade defends free competition in the coronavirus pandemic, however what Cade does is regulate prices and punish economic agents.

What exactly is a free market?

According to Murray Rothbard, economist, historian and philosopher, the free market is a concise term for an arrangement of exchanges that take place in society.

Each exchange being a voluntary agreement between two people or between groups of people. Voluntary action is particularly important as it proves the personal expectation of each individual to gain from the transaction.

Every voluntary business only occurs because both parties believe they will benefit; if they didn’t expect to win from it, they wouldn’t agree to get involved in the exchange.

Attacks on the free market, therefore, would be those actions taken without the consent of other agents, such as theft, theft, or fines against honest traders.

On the other hand, Cade understands that the principle of free competition provided for in Art. 170, item IV of CF / 88 is based on the assumption that competition could not be restricted by economic agents with “market power”.

"Market power" is the ability of a company or group to keep its prices above the competitive level of the market without losing all of its customers.

Obviously, this understanding has almost nothing to do with Rothbard's concept. So let's analyze by thinking for ourselves, how would a company keep its prices above the competitive level without losing its customers, if not adding more value to its products?

If the company is not forcing consumers to buy, we can assume that consumers are believing that they earn more by buying from this company than from another. There is no fundamental problem to be solved here.

However, price surveillance understands it in another way, and is willing to use force to solve the “problems” that it believes exists in the market.

Despite ensuring that it would not freeze prices, stating that this would be harmful (in fact it would be, as we explained in the article “Why freezing alcohol gel prices is a bad idea”), the municipality guarantees that it will punish price abuse.

Even after recognizing that the task of conceptualizing price abuse was difficult, mainly because we are experiencing a pandemic. In different circumstances, agents will have different demands, and they will certainly have entrepreneurs who will be willing to meet them if they are left free.

Cade's General Superintendent also assumed that full price control could lead to a lack of products on the market. But then why wouldn't a “small” control go in that direction, too?

In the video below, presenter and Deputy Celso Russomanno makes his interpretation of what the “free market” is, closing establishments and threatening traders:

The impact that Cade, Procon and Celso Russomanno really have on the market, in addition to undermining the freedom of traders, is to hinder the healthy signaling of the price system.

The increase does not represent an opportunism for greedy salespeople, but a useful signal for all market players.

This difference in prices is what signals, for example, that in some region there is little supply (high prices) and in another it is more abundant (lower prices).

Therefore, if state agencies (and Russomanno) left traders alone, the large profit margins could be signaled more easily by the market, leading to entrepreneurs finally meeting the population's demand in peace.

“Fair prices” would come quickly as a result of the free market being able to act.

Will we continue to treat the entrepreneur as a potential criminal or will we let the free market act? Leave your opinion in the comments.