Home News Cade rejects new appeal by Itaú and Rede in the process of... 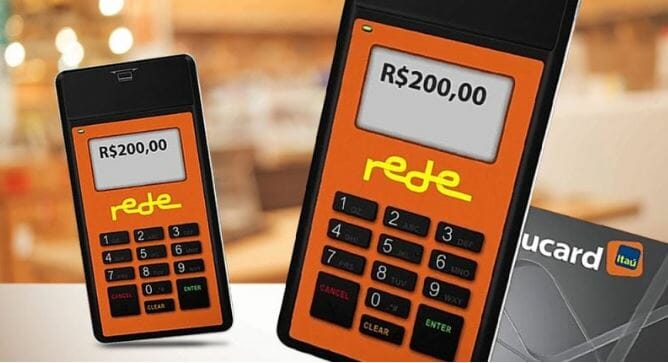 The Court of the Administrative Council for Economic Defense (Cade) rejected yet another appeal from the defenses of Itaú Unibanco and Redecard in a process that became known as the “war of the little machines”.

According to Cade's advisory, the appeal – called “declaration embargoes” – was against the decision of the agency that maintained a preventive measure unfavorable to companies.

In the appeal, the companies alleged that Cade's decision was taken considering data from the Central Bank that show that the bank has a 30% share of the demand deposit market. According to the newspaper O Estado de S. Paulo, the embargo argued that Itaú's participation in June 2019 was less than 12%.

The council, however, unanimously decided that the appeal should not be upheld. “There is no error in the reports of the Central Bank, which uses information from the companies themselves. The allegation of material error cannot be sustained ”, affirmed the advisor reporting the case, Maurício Bandeira Maia.

According to the Exame magazine portal, Itaú and Rede released a note after Cade's decision. The companies defended their new commercial policy, "which released the productive sector, matched the settlement period to international standards, increased competition and benefited the small and medium entrepreneur", without violating the economic order.

Criptozoom: Participate in the first event of the Bitcoin Portal

Itaú and Rede at Cade

The two companies are accused of harming competition with an allegedly matched offer of receivables. The sentence, passed on Wednesday (05), is the second decision against the companies.

Last month, in response to Order No. 51/2020, signed by Substitute General Superintendent Kenys Menezes Machado, the defenses of Itaú Unibanco and Redecard decided not to present witnesses for the process.

In the dispatch, Machado had granted five additional days for Itaú and Rede to qualify the witnesses who pleaded. It also determined that the institutions submit information previously requested.

The document was then filed about a month after Cade maintained a preventive measure against companies. On that occasion, the agency stipulated a daily fine of R $ 500 thousand.

Regarding the campaign, the defense claimed that it was necessary to consider that the campaign affected only a very small part of the Network's customers.

He also said that the prepayment was limited to payments in cash, which corresponded to only 3.4% of the volume of payments.

The product offer was banned due to a campaign that offered creditors card receivables in two days, compared to the usual 30 days, and without charging fees.

However, to receive the benefit, the creditor would have to be a customer of both companies, that is, it would only benefit customers of both institutions.

As the chain is controlled by Itaú, Cade understood the action as “bundled sale”, a type of offer prohibited by the Consumer Protection Code (CDC).

It was on this issue that the competition started to act and saw in the campaign, which started in April 2019, an attempt to stop the free market, which became known as the “war of the machines”. Cade then acted.

It was not the first time

In 2018, Cade signed an agreement with Itaú and Rede to end a process that evaluated anti-competitive practices, such as the refusal to allow access to other accreditors. The bank then paid R $ 21 million to end the investigation.

Exclusivity contracts were suspected with commercial establishments and practices such as tying, retaliation and discrimination in charging fees.