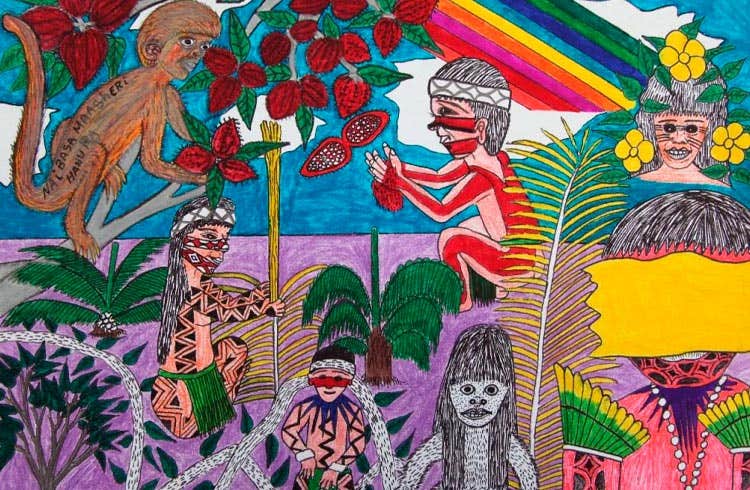 Thus, previously called NFTribos, now with a new name, the BrasilNFT Artes Originárias gallery is a project born from a conversation between the co-founders of BrasilNFT and leaders of several indigenous peoples.

Therefore, according to the platform's founders, it is an attempt to raise resources for communities.

Thus, the BrasilNFT Artes Originárias gallery is developed with the Rarum platform from One Percent, a company that brings together professionals with over 20 years of experience in blockchain.

Therefore, as informed to CriptoFácil, the project was aired on the International Day of Indigenous Peoples (09/08), in a pre-launch mode.

Thus, the gallery already presents indigenous arts and those interested can register for the launch scheduled for September.

The pieces from BrasilNFT Artes Originárias may be exclusively digital or have a physical counterpart, which also includes information about the artist, the people and the application of the funds raised.

Thus, in addition, the pieces contain access in geolocation, an effort that is being developed by BrasilNFT and the Argentine company MONOGRAMA.

The platform's developers will further claim that it has an environmental commitment in which the platform generates all of its carbon footprint neutral NFTs automatically.

Thus, BrasilNFT is also committed to neutralizing all carbon footprints generated, in all its projects and products.

In addition, according to the organizers, the pieces can be purchased by everyone, including those who do not have cryptocurrency, as payment can be made via PIX and credit card.

“BrasilNFT exists to promote the NFT art format, preserving and recognizing all its spheres and ensuring the empowerment of underserved artists, creators and communities. Always through innovation and information”, highlighted the statement.

Read also: Real Digital will not be the dominant currency, says Bacen director

Also read: Blockchain in elections: OriginalMy and TSE are summoned