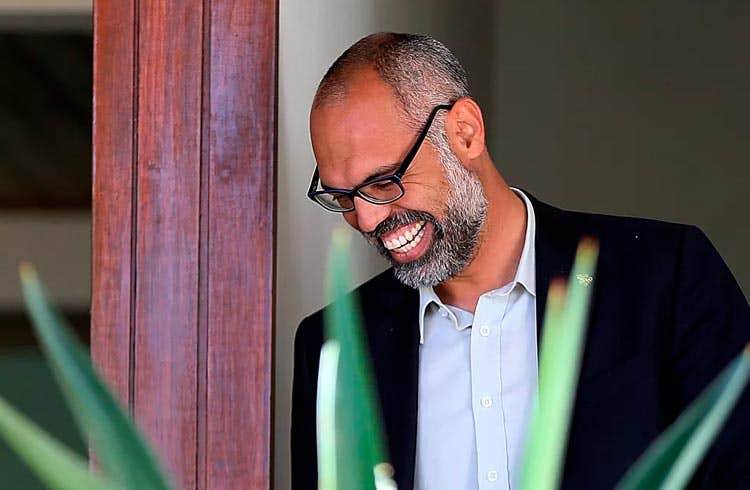 Former blogger Allan dos Santos, founder of the Terça Livre channel, began studying Bitcoin (BTC). According to Santos, the objective is to use the cryptocurrency to receive donations from its supporters.

The message was released by Santos on a Telegram channel, the only social network on which the former blogger can still send messages. Since being blocked, Santos has been looking for ways to obtain financial support from his followers.

In this way, Santos apparently began to learn more about how the BTC works. One of its strengths is the cryptocurrency’s international reach, as well as being resistant to any censorship. Therefore, Santos could receive funds from anywhere in the world and without running the risk of being intercepted by the courts.

However, Santos’ initiative was discovered by Sleeping Giants Brasil (SGBR), a profile that monitors fake news on social networks. The profile released a print with a message from the former blogger, claiming that Santos would be “desperate” to obtain resources.

“In the last few days, Allan has lost several online fundraising campaigns and now uses Bitcoin to earn money while he is in the US illegally and as a fugitive from the Federal Police,” said the tweet.

In the last few days, Allan has lost several online fundraising campaigns and now uses bitcoin to earn money while he is in the US illegally and a fugitive from the Federal Police. pic.twitter.com/Cx1G0QPBuq

Santos, who is in the United States, is wanted by the Brazilian justice on charges of firing fake news on his channel and social networks. In addition, the Minister of the Federal Supreme Court (STF) Alexandre de Morais ordered the blocking of transfers of Santos revenues on YouTube.

Consequently, the former blogger was left without resources or means to finance his activities. BTC is seen by him as an alternative to getting money.

Santos would be using the Wallet of Satoshi, a device that performs BTC transactions via Lightning Network (LN). The wallet can be used on any Android or iOS device.

The SGBR publication had diverse opinions because of its critical tone to the use of the BTC. On the one hand, followers have again – wrongly – associated the BTC with the commission of crimes. On the other hand, cryptocurrency enthusiasts have highlighted the fact that the BTC cannot be confiscated.

Most importantly, the BTC actually prevents governments from imposing sanctions against other people. In this way, cryptocurrency is a powerful instrument of financial freedom, whether for better or for worse.

At the same time, every transaction present at Santos’ alleged address is perfectly auditable. A user pointed out that some transactions were directed to the exchange Binance wallet. Soon, Santos could use the exchange to sell part of the BTC he received.

In Brazil, Bitcoin transactions are not prohibited by current legislation, but they are fully traceable and can be followed up by the courts. Therefore, if Santos sends BTC to an exchange based in Brazil, his account may be blocked by the STF.

Also read: Seller auctions CryptoPunks and pays $130 million for his own work